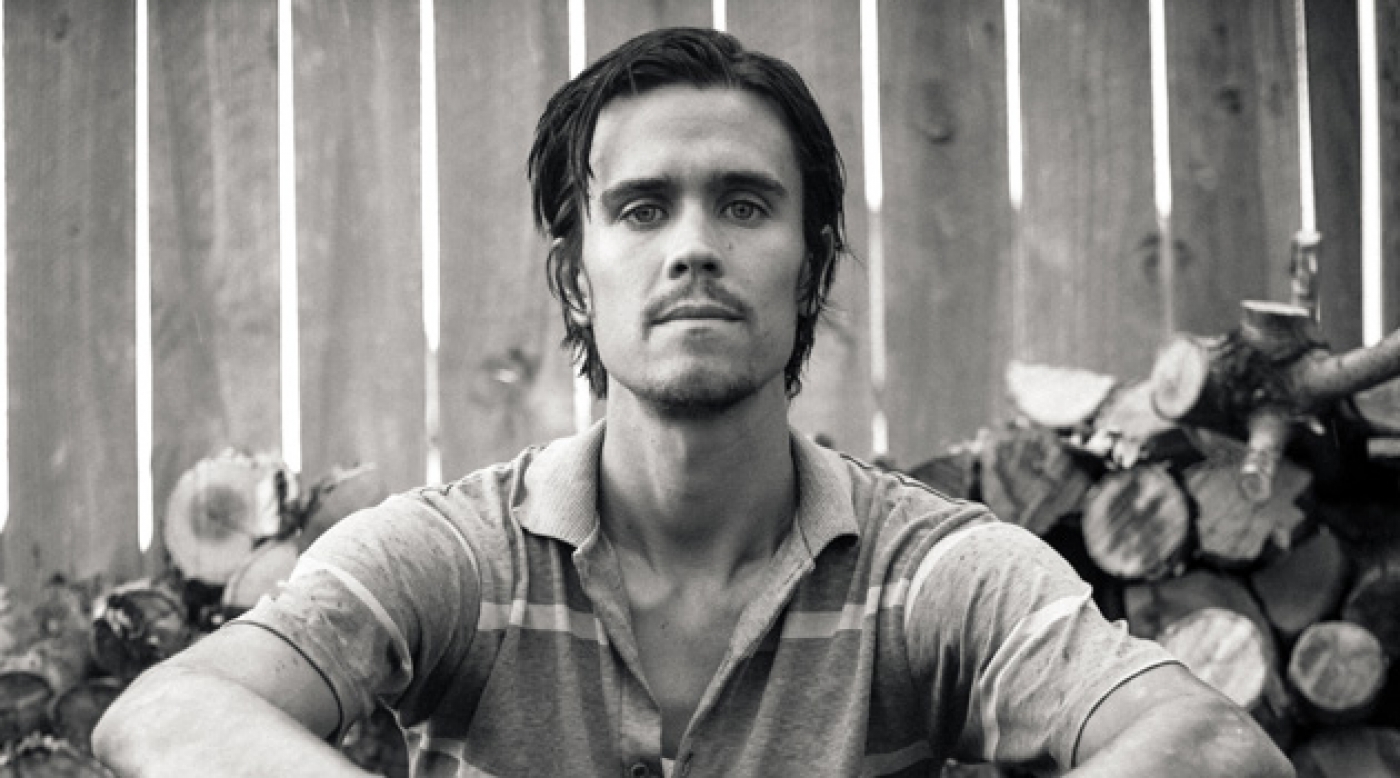 Strangely familiar, yet refreshingly innovative, James’ songs are devastating in their honesty, working with themes that are intermittently elating, melancholic, and transcendent. He doesn’t so much perform these songs, as he does let them possess him, allowing his voice to be throttled from a husky whisper to a full-bodied roar.

His first two albums, 2007’s The Sun Is Always Brighter and 2009’s Build Me This, topped the year-end ‘Best of iTunes’ lists, while earning ecstatic praise from press (“Build Me This is convincing from its opening line…through its solemn last words” – Paste; “Every line rings with desperation and a desire for salvation” – Esquire, about “Mother Mary”, off Build Me This). After the commercial release of his first album in 2007, James spent the next five years touring across the United States and to far-flung places such as Romania and Japan.

In early 2011, he headed back to Utah, taking a break from the road. During this extended stay at home, James took to vegetable gardening, raising goats and chickens, and developed a heightened connection to the living things around him. The concept of becoming self-sufficient and living off the land became increasingly appealing.

Ultimately, his home and burgeoning farm were deemed ‘Willamette Mountain,’ a namesake that came to James in a dream. Both figuratively and literally, Willamette Mountain serves as a daily reminder of the simple beauties that can so easily be overlooked. “We’ve got a few acres, goats and honeybees,” he says, “it’s a place for reconnecting with nature, and for letting go of everything else.” It was here that he bore the songs compiling his newest album, appropriately titled From The Top Of Willamette Mountain.
When it came time to make the new record, James felt he needed to veer outside his comfort zone artistically, and looked for a producer who could help facilitate this. His search, along with longtime friend and bandmate Evan Coulombe, coincidentally led him to the Willamette Valley of Oregon, home base of producer Richard Swift (Damien Jurado, Gardens and Villa, The Mynabrids). Holed up in Swift’s creative alcove National Freedom, the three of them took James’s voice and songs in unexpected directions, interested much more in honesty than sheer flawlessness. Recorded predominantly live over the course of two weeks, Swift strived to capture the immediacy of James’ live performances, without laboring over multiple takes or lengthy overdubs. After giving one or two impassioned live performances of each new song, James stepped back to make way for Swift’s own artistic vision.

As a result, James found his own voice while escaping the traditional confines of the folk genre. The elements of the confessional remain, but the music here breathes and moves with a life all its own. Songs like “Wolves” begin sparse and pretty before suddenly moving into the epically symphonic. “Ghost In The Town” is a poignant goodbye to youth in the form of a guitar strum noir. “Surrender” is existential angst hidden between piano waltz and doo-wop sway. The album’s lead off single, “Queen of the City”, came out of a late night, whisky-induced haze, depicting the internal paradox of good and evil, the id and the ego, faith and doubt.

“The writing and recording of this record has been a time of transition and realization for me,” says James, “and that set me free to explore other sounds and forms of expression. It’s been about finding a center and realizing that not everyone needs to see the world like you do. We all have differences. I love the fact that we are not all the same, nor should we be.”

Where Build Me This addressed the concept of rebirth, From The Top Of Willamette Mountain accomplishes a rebirth artistically. Whatever he found up there at the top of his imaginary mountain or in the Oregon studio, James now seems to be directing his questioning inward, rather than towards a hole in the sky, and the conversation is getting much more interesting.