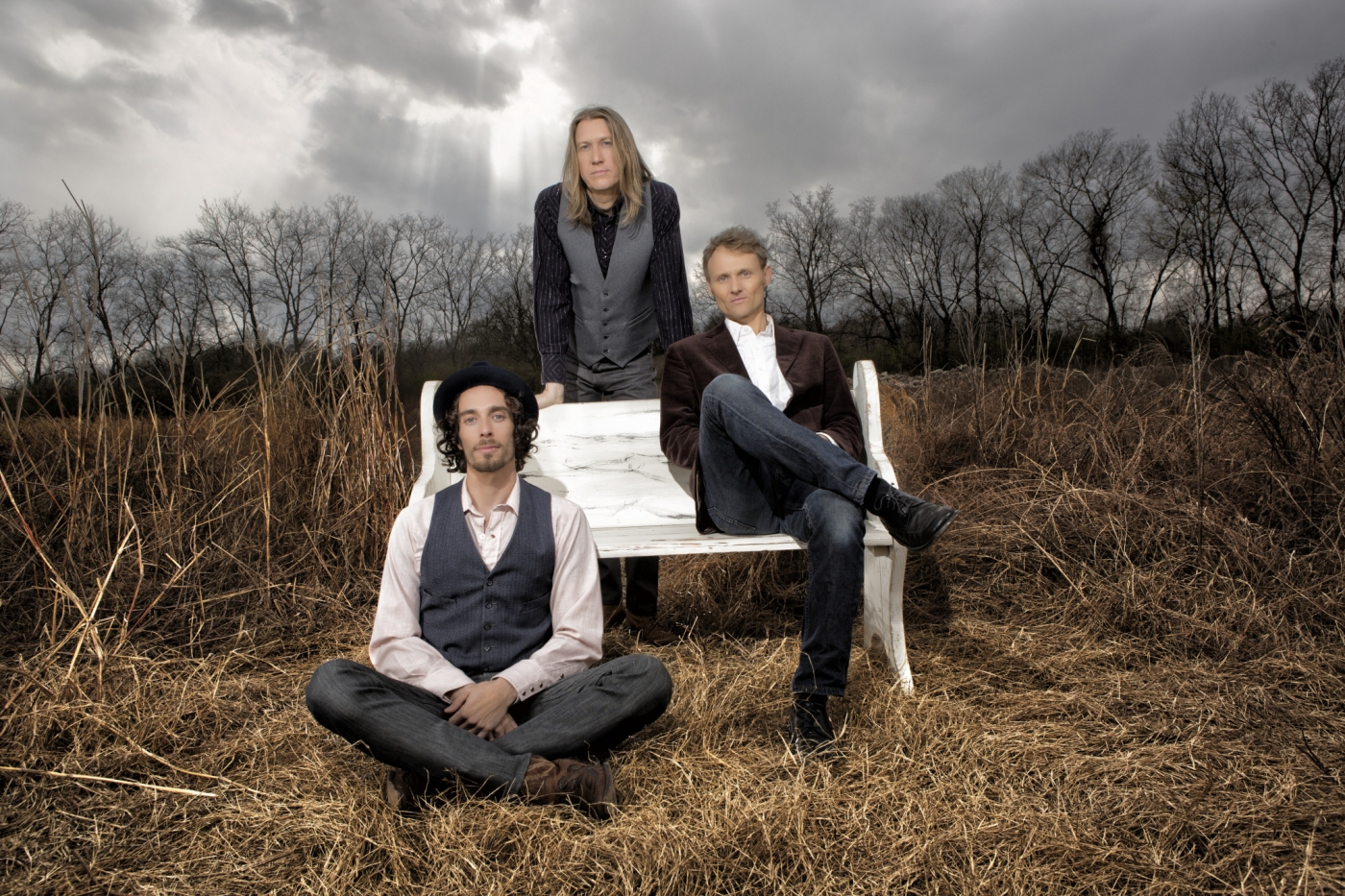 Two brothers decide to form a band, adapting the blues, folk and other roots‐music sounds they loved as kids into their own evocative sound and twining their voices in the sort of high‐lonesome harmony blend for which sibling singers are often renowned.

Oliver and Chris Wood grew up in Boulder, CO, listening to their dad perform classic songs around the campfire and gleaning their creative turns of phrase from their poet mother. Chris studied jazz bass at The New England Conservatory of Music. Their collaboration, channeling the shared musical heroes of their youth while seizing on their own individual strengths — Oliver’s classic songwriting [and] Chris’s forward-thinking musicianship is infused with the following components: the dialed-in vocal harmonies, Oliver’s gritty acoustic guitar, Chris’s virtuosic upright bass, the warrior poet lyrics. Then there’s a glue holding it all together: Jano Rix,a drummer and ace-in-the-hole multi-instrumentalist. Jano’s additional harmonies give credence to the old trope that while two family members often harmonize preternaturally, it takes a third, non-related singer for the sound to really shine. And then there’s Jano’s work on his literally patented percussion instrument, the “shuitar,” [an] acoustic guitar rigged up with noisemakers, which, in his hands, becomes a veritable drum kit. The band will intrigue youth and at the same time be readily approachable, as one reviewer puts it, they resonate "hints of other beloved American bands, while creating something entirely organic and new.... As natural as anything else, but like nothing else."

Their 2015 release,‘Paradise,’ an album about longing and desire and the ways in which the pursuit of fulfillment can keep it perpetually out of our reach, is The Wood Brothers’ most sophisticated work to date and also their most rocking, with bassist Chris Wood playing electric on tracks for the first time. Recorded at Dan Auerbach’s Easy Eye studio in Nashville, ‘Paradise’ captures the latest chapter in the ongoing evolution of a band—and a family—navigating the joy and challenges of a life in music.

‘Paradise’ follows the band’s acclaimed 2013 release ‘The Muse,’ which was recorded almost entirely live around a tree of microphones in Zac Brown’s Southern Ground studio. Hailed previously by the New York Times for their “gripping” vocals and by the LA Times for their “taught musicianship,” the live setting proved to be a remarkable showcase for the brothers’ live chemistry and charismatic magnetism. Taking a different approach to their sixth studio album, the decision to record in Nashville was no coincidence, as ‘Paradise’ marks the first album written with the entire band living in Music City.