Mad Max & The Wild Ones 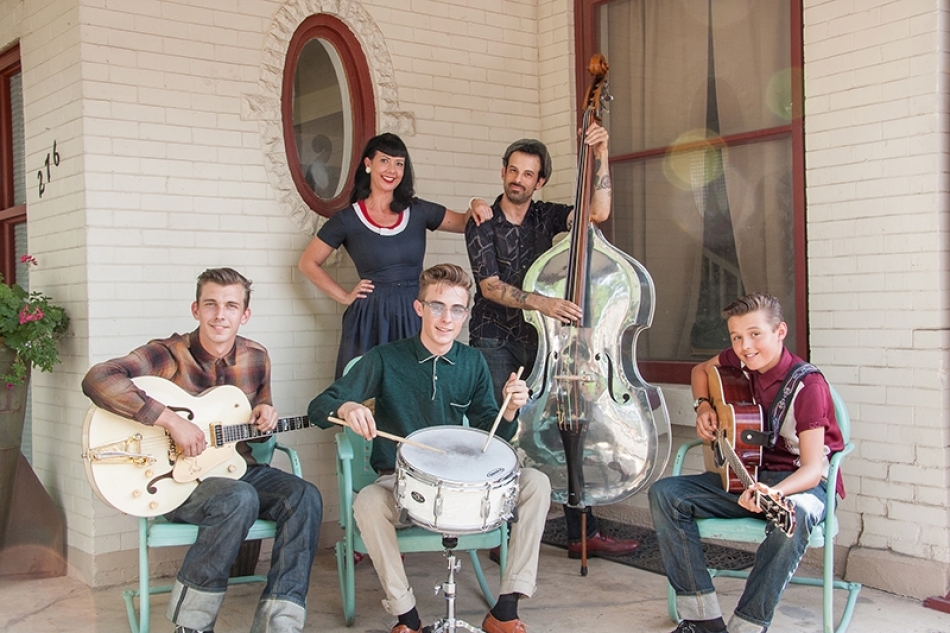 Mad Max & the Wild Ones is a rockin' family band from Springville, Utah. It all started when Wyatt asked for a guitar for his eighth birthday.

Not too long after that Cole, at age 4, asked Santa for a drum set so he could play along with his brother. After a couple of years of lessons, the two were getting really good at figuring out songs together when they got Duke, at age 4, to start singing along. Duke also started guitar lessons and taught himself how to play harmonica. It wasn't long before the three of them had quite a few songs going down in the basement that they would play for anyone that happened to come over to the house! Max (Dad) started feeling a little left out, so Mom bought him an upright bass and Wyatt taught him how to play it. They started having so much fun playing music in the basement that that is how they were spending much of their time! A dear friend, car builder and customizer Bo Huff, of Bo Huff Customs, came over to the house and heard them play. He invited them to play at his yearly car show in Dragerton, Utah in 2006 and the rest is history! Since then they have performed all across the country and overseas!