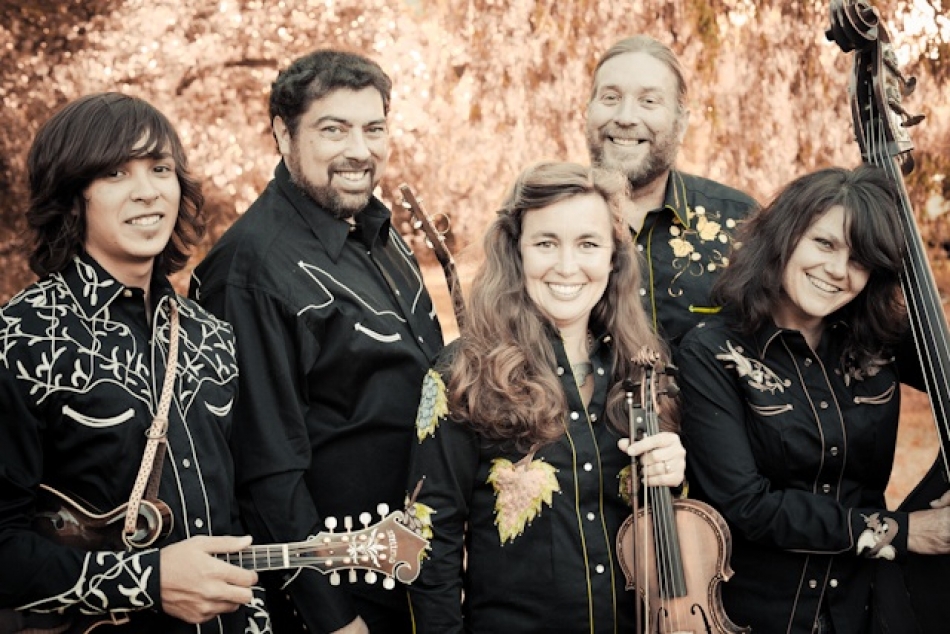 Jeff Scroggins & Colorado is a high energy, high mountain "bluegrass explosion," that features the amazing banjo playing of Jeff Scroggins. Jeff's fiery style and lightning fast licks have earned him many fans worldwide, and have left many a first time listener in stunned disbelief! It also features the award winning mandolin playing of Jeff's son Tristan Scroggins. Tristan is also an accomplished songwriter, and his and Jeff's original instrumentals play a large role in the band's unique and energetic sound.

The band also features incredible bluegrass vocals, led by the powerful voice of frontman Greg Blake. Greg has twice been nominated for SPBGMA's "Traditional Male Vocalist of the Year" award, and his phenomenal bluegrass guitar playing has earned him 9 nominations and an amazing 5 consecutive wins as SPBGMA's Guitarist of the Year!

Annie Savage brings strong vocals and an aggressive fiddle style that is well suited to the band's high energy approach. She is a conservatory trained musician with 15 years teaching experience a great instructor as well as performer! KC Groves founded the all girl band Uncle Earl and is truly a force to be reckoned with! Having recorded with such greats as Charles Sawtelle and John Paul Jones of Led Zeppelin and touring internationally for many years, KC is an internationally renowned musician and song-writer. She teaches through Planet Bluegrass and is a fabulous addition to the project.