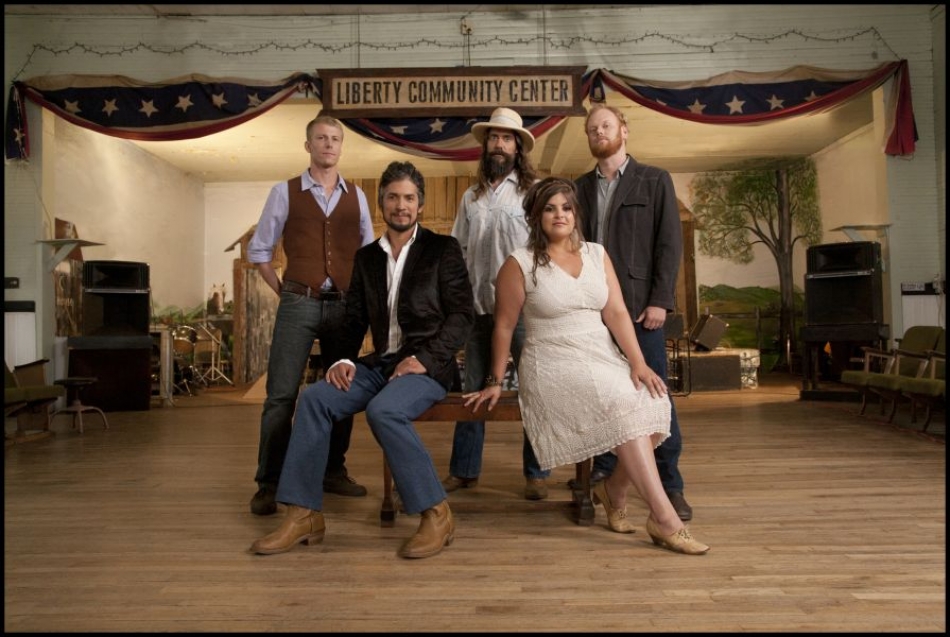 “With one foot planted firmly in Appalachian music culture and the other always expanding and evolving, the Black Lillies have created a unique sound embraced by fans old and young.”

After co-founding Robinella and the CCstringband with his wife, he spent nearly a decade traveling the road and making music from coast to coast. When his marriage – and the band – dissolved in 2007, he returned to the road ... this time, as the driver of a truck for a stone company. It was here, over a year spent rolling down the highways of East Tennessee, that the songs and sounds that would form the nexus of The Black Lillies were conceived.

And "Runaway Freeway Blues," the band's third studio album, was realized exactly there ... on the road. When the Lillies weren't playing their 200-odd gigs during 2012, they were in Wild Chorus Studio in their hometown of Knoxville, Tenn., working with Scott Minor of Sparklehorse to craft a beautiful ode to restless spirits and rambling hearts. Rooted in the mud-rutted switchbacks of Appalachia, "Runaway Freeway Blues" is the sound of a band that's becoming something of a phenomenon across the country.

Contreras and his bandmates – harmony vocalist Trisha Gene Brady, multi-instrumentalist Tom Pryor, bass player Robert Richards and drummer Bowman Townsend – have grown from a few friends sitting around campfires and living rooms to a band that shows up in far-flung cities where folks to whom they've never played before already know the words to the songs. Eschewing record labels, they've still managed to conquer the Billboard Top 200 charts (Runaway Freeway Blues debuted at #43), put three tracks in Country Music Television's top 12 requested videos, and film a nationally broadcast commercial for Twizzlers. They've been featured on numerous television specials and played festivals as widespread as Bonnaroo, Rochester Jazz Festival, MerleFest, and CMA Fan Fair. Despite trafficking in a richer, more authentic brand of country and Americana than what gets played on mainstream country radio, they've still been invited to perform at the Grand Ole Opry more than twenty times – a record for an independent act.

The Black Lillies, in other words, have come a long way from those early days, when Contreras channeled heartache and regret into a stunning debut. "Whiskey Angel" was the sound of a man drowning his sorrows, and an introduction to someone who had languished behind the scenes for too long. As the guy who loaned out his initials to Robinella and the CCstringband, which flirted with national fame a few years ago with a hit ("Man Over") on Country Music Television, an appearance on "Late Night With Conan O'Brien" in 2003, and albums on both Sony and Dualtone, he was known best as a mandolin virtuoso and bandleader.

Starting over, he stunned friends and peers in the East Tennessee music scene with a voice that makes you think of Randy Travis or Dan Tyminski or even the great Ralph Stanley in his prime: steeped in regret, seasoned with pain and tempered in the fires of hard times. It served "Whiskey Angel" well, and when "100 Miles of Wreckage" was released in 2011, the band seemingly burst onto the national stage – spending five solid months in the Americana Music Association's radio charts (four of them in the top 15).

That record was the sound of a man taking stock of his life and his past, regarding the pain and the turmoil with a measure of wistful acceptance. Which brings us to "Runaway Freeway Blues," which finds the band focused on the horizon, filled with the nervous energy of excitement at the unknown future waiting on the other side of that distant hill, enthusiastic about the journey as much as they are about the destination.

The emotional arc of the new record is brilliant, so vivid and detailed with lush harmonies and instrumental virtuosity that's as powerful in the quieter moments as it is explosive during jubilant ones. You can cherry-pick any number of songs from "Runaway Freeway Blues" and find gold. Banjo, pedal steel, piano and everything else lift this record up on wings of uncommon grace and stunning vitality, and when Contreras and Brady combine their voices, it calls to mind classic duets from times long gone: George and Tammy. Gram and Emmylou. Johnny and June. From gentle Laurel Canyon folk rock to the honky-tonk heartache of classic country to winding jams, "Runaway Freeway Blues" is an album that defies easy categorization.

It was conceived on the road, inspired by the road and completed there as well: Contreras mixed the album while on tour, by phone and email, coordinating overdubs and guest instrumental appearances (Josh Oliver, formerly of the everybodyfields; banjo player Matt Menefee, who's toured with Mumford & Sons, Levi Lowery and Big & Rich; and a host of Tennessee's finest musicians on horns, harmonica and percussion) while playing into the wee hours of the morning, driving all night and setting up in the next city to do it all over again.

It's breakneck, brazen and beautiful. It's the sound of a band that's rooted in East Tennessee but more at home piled into a van stacked with gear, windows down and aimed toward the next gig. It's an album that lets long-time fans as well as relative newcomers to the Black Lillies phenomenon know that this train isn't stopping anytime soon.