Korene Greenwood and the Horse Brothers 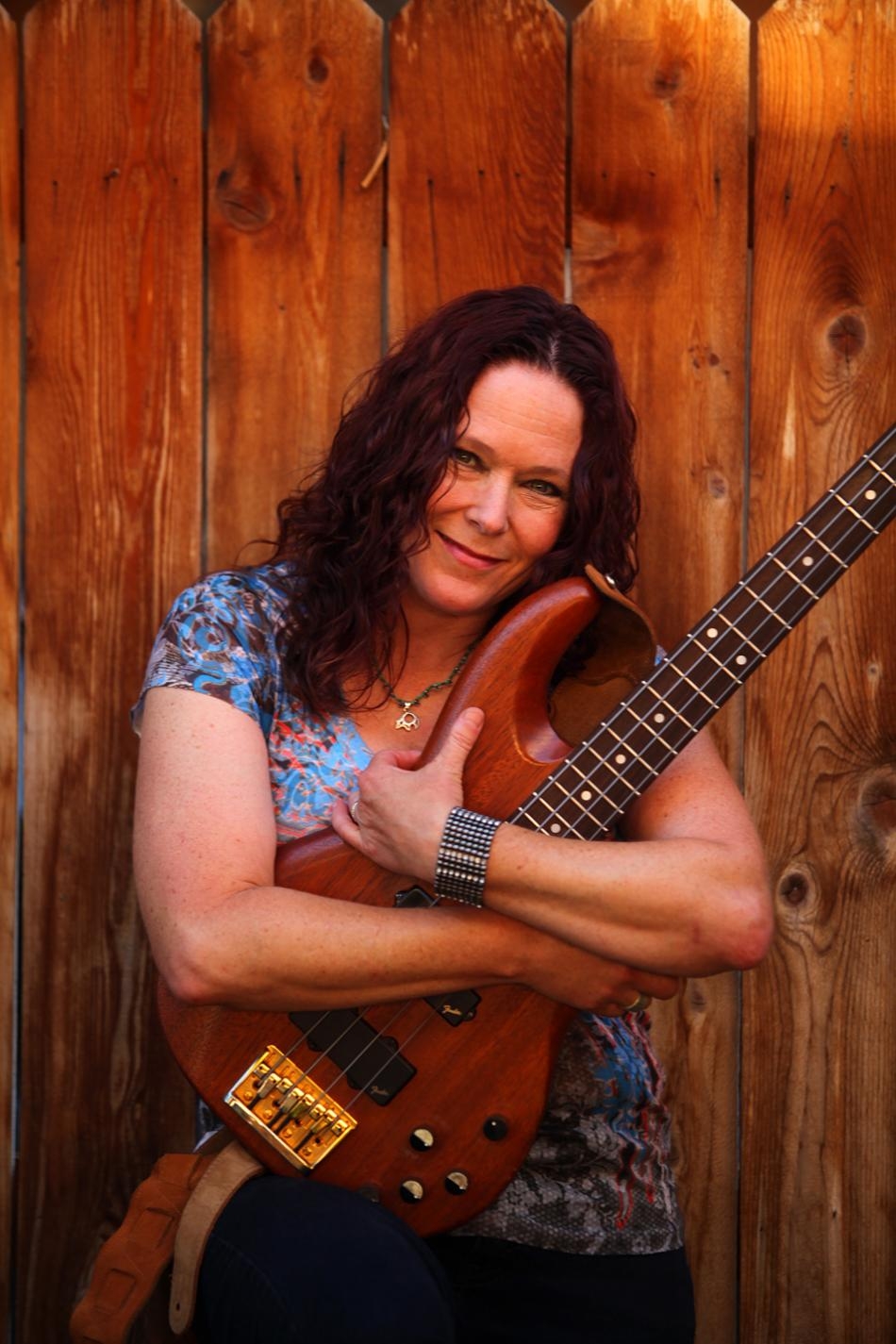 "Korene Greenwood, bassist and singer, has become something of a fixture on the Ogden music scene. She has played with a number of outfits, including fronting her own band, The Great Danes.

The titian-haired musician first started out at age 16, playing country at a college hangout in her birthplace of Provo. She took it up because, after seeing "Coal Miner's Daughter," she aspired to be Loretta Lynn.

Though she started out in stone country, one of Greenwood's strengths, then and now, is that she can handle pretty much any style. She does everything from classic rock to traditional country with The Great Danes, and at times they welcome Rockabilly Hall of Famer Hal "Holiday" Schneider, of Ogden, onstage to sing a few uptempo R&B and rock 'n' roll gems.

Greenwood also plays in the roots rocking blues trio The Bastard Redheads with fellow Ogden musician Dan Weldon (as well as with Salt Lake City's B.B. Mendelson), and also can call herself an honorary Kap Brother, since she sometimes sits bass for that outfit and for other musicians who have spun off the Kaps' Ogden music collective.

Though she based out of Provo, Greenwood played music throughout the West as a young woman. Through her booking agent in the '80s, she met the gents who [became] The Great Danes -- Danish brothers Lynn and John Smith. They were known then [and now, again] as The Horse Brothers....

Even though Greenwood moved to Roy about 17 years ago, she didn't know the players in the Ogden music scene until about 12 years ago, because she continued to perform with Salt Lake City-based bands. It was in that time frame she started attending the jams at Beatnik's (now part of Brewski's on Ogden's Historic 25th Street).

Brad Wheeler, a musician and afternoon radio personality on KRCL 90.9 FM, was then the manager of the nightclub, and made some key introductions for Greenwood. There, she made fast friends and became musical partners with Dan Weldon, who hosted the jam session for a time. She also was introduced to the Kaps, as well as Schneider and others she plays with, such as singer/songwriter/guitarist Scotty Haze and blues singer Kristi DeVries.

There is one Ogden musician Greenwood met that she has yet to work with, and she still holds out hope of it happening.

"I would really still like to jam with Joe McQueen," she said of the Ogden saxophone legend. "I like him because he can play all the old classic stuff. And I just love that stuff." Linda East Brady, Ogden Standard-Examiner