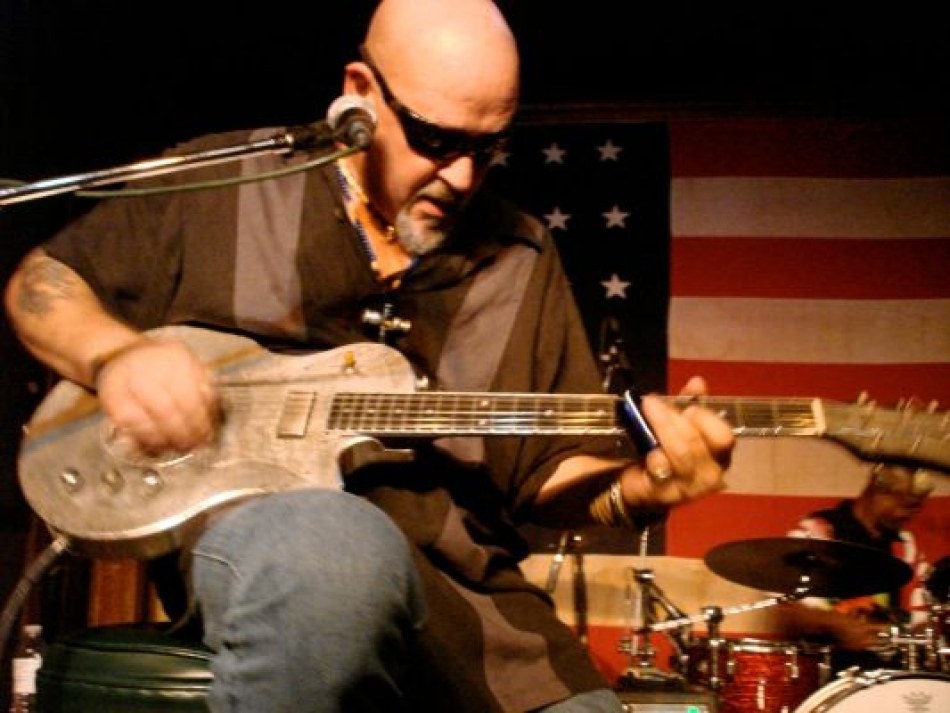 John Mooneyis an American blues guitarist and singer based in New Orleans Louisiana. He has developed a unique music style by combining Delta blues with the funky second line beat of New Orleans. As a guitarist, he is especially known for his slide guitar work.

John Mooney was born in East Orange, NJ and raised in Rochester, New York, United States, and he left home when he was 15. The following year, he met Son House, a Mississippi bluesman who became a huge musical influence on him.

In 1976, Mooney moved to New Orleans, and soon he was playing with host of musicians in the New Orleans R&B circuit including Earl King, The Meters, Snooks Eaglin, and Professor Longhair. He released his first album "Comin' Your Way" on Blind Pig Records in 1979. In 1981, he formed his own band Bluesiana with whom he has been recording and touring since. He has released albums from several different labels including "Against the Wall" on nationally distributed House of Blues label in the U.S., and also others from German labels CrossCut and Ruf. In 2000, he returned to Blind Pig to release "Gone to Hell" which featured Dr. John as a special guest. "All I Want" followed two years later on the label.

His latest release "Big Ol' Fiya" was nominated for Blues Music Awards' "Contemporary Blues Album of the Year" in 2006.