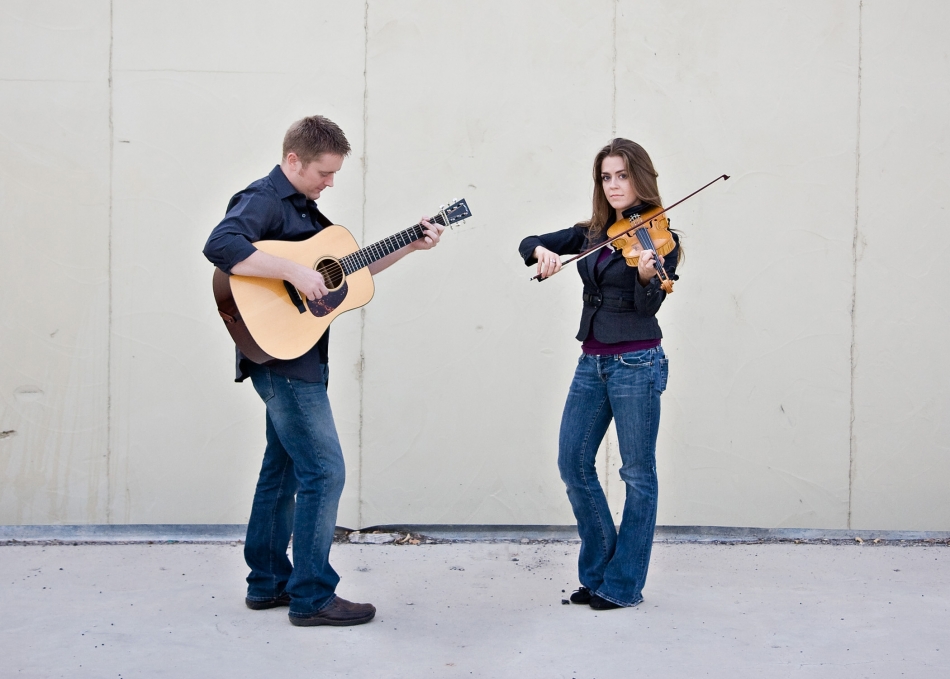 Jake switches between guitar, mandolin and banjo, while Rebekah plays the fiddle.  Their roots are based in traditional bluegrass music such as Bill Monroe, The Stanley Brothers, and Flatt and Scruggs; but they push the boundaries even further using other outside influences to make a more impressive and creative sound.  Jake released his own album, "Rocky Mountain Hideaway," two years ago that features mostly original music.  Both Jake and Rebekah also perform together in a full Bluegrass band called "Driven," based out of Western Kansas, who has headlined here at OFOAM the previous two years.  The will be joined by Richard Schmelling on mandolin/guitar and Tim Morrison on bass.

Published in 2012 Ogden Music Festival
Tagged under
back to top