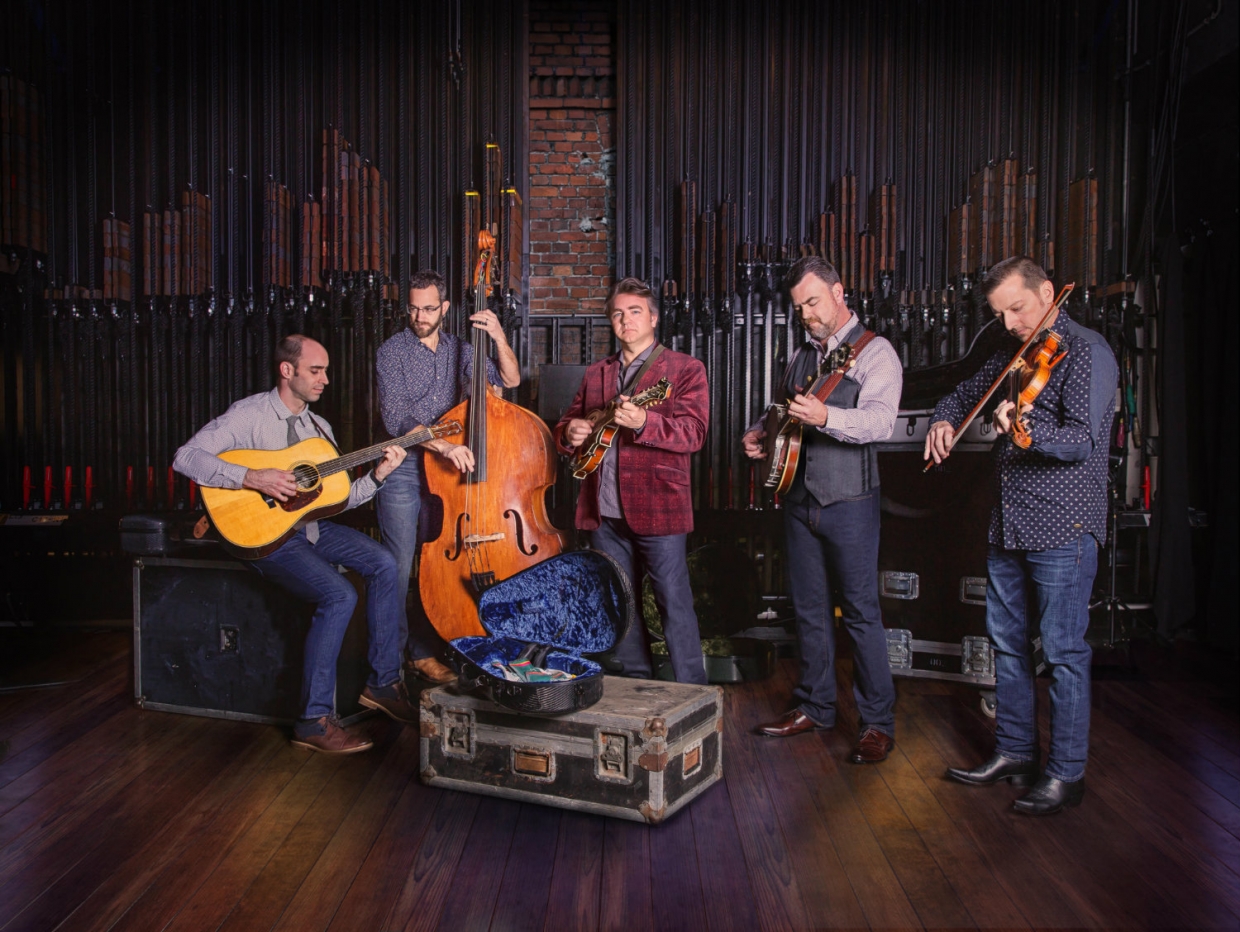 Torch bearers of the McCoury family legacy, taking the traditional string band sound to new levels of intensity and joy.

From a source deep, abundant, and pure the river flows. It’s there on the map, marking place and time. Yet, the river changes as it remains a constant, carving away at the edges, making new pathways, gaining strength as it progresses forward. The Travelin’ McCourys are that river.

The McCoury brothers- Ronnie (mandolin) and Rob (banjo) - were born into the bluegrass tradition. Talk about a source abundant and pure: their father, Del, is among the most influential and successful musicians in the history of the genre. Years on the road with Dad in the Del McCoury Band honed their knife-edge chops, and encouraged the duo to imagine how traditional bluegrass could cut innovative pathways into 21st century music.

“If you put your mind, your skills, and your ability to it, I think you can make just about anything work on bluegrass instruments,” says Ronnie. “That’s a really fun part of this- figuring the new stuff out and surprising the audience.”

With fiddler Jason Carter, bassist Alan Bartram, and latest recruit Cody Kilby on guitar, they assembled a group that could take what they had in their DNA, take what traditions they learned and heard, and push the music forward. In fact, the band became the only group to have each of its members recognized with an International Bluegrass Music Association Award for their instrument at least once. There were peers, too, that could see bluegrass as both historic and progressive. Rock and Roll Hall of Fame inductees The Allman Brothers Band, improv-rock kings Phish, and jamband contemporary Keller Williams were just a few that formed a mutual admiration society with the ensemble.

So arrives the long-awaited, self-titled debut album from the quintet. A brilliantly executed set overflowing with inventive style, stellar musicianship, and, of course, plenty of burnin’ grass, the 14-song collection is a true culmination of their decades-long journey. From the headwaters of Bill Monroe and the waves of Jerry Garcia to a sound both rooted and revolutionary, soulful and transcending that belongs only to the Travelin’ McCourys.

“The album definitely shows what we’ve evolved into as a band. And, it’s a pretty good representation of what’s happening with the whole genre,” says Rob. “The old bluegrass material is something I love but it’s been done many times. We’re forging ahead with our own sound. That’s what you have to do to make it all work.”

More in this category: « Rhonda Vincent and The Rage Dustbowl Revival »
back to top
Copyright © 2011 - 2020 OFOAM.org
All Rights Reserved.