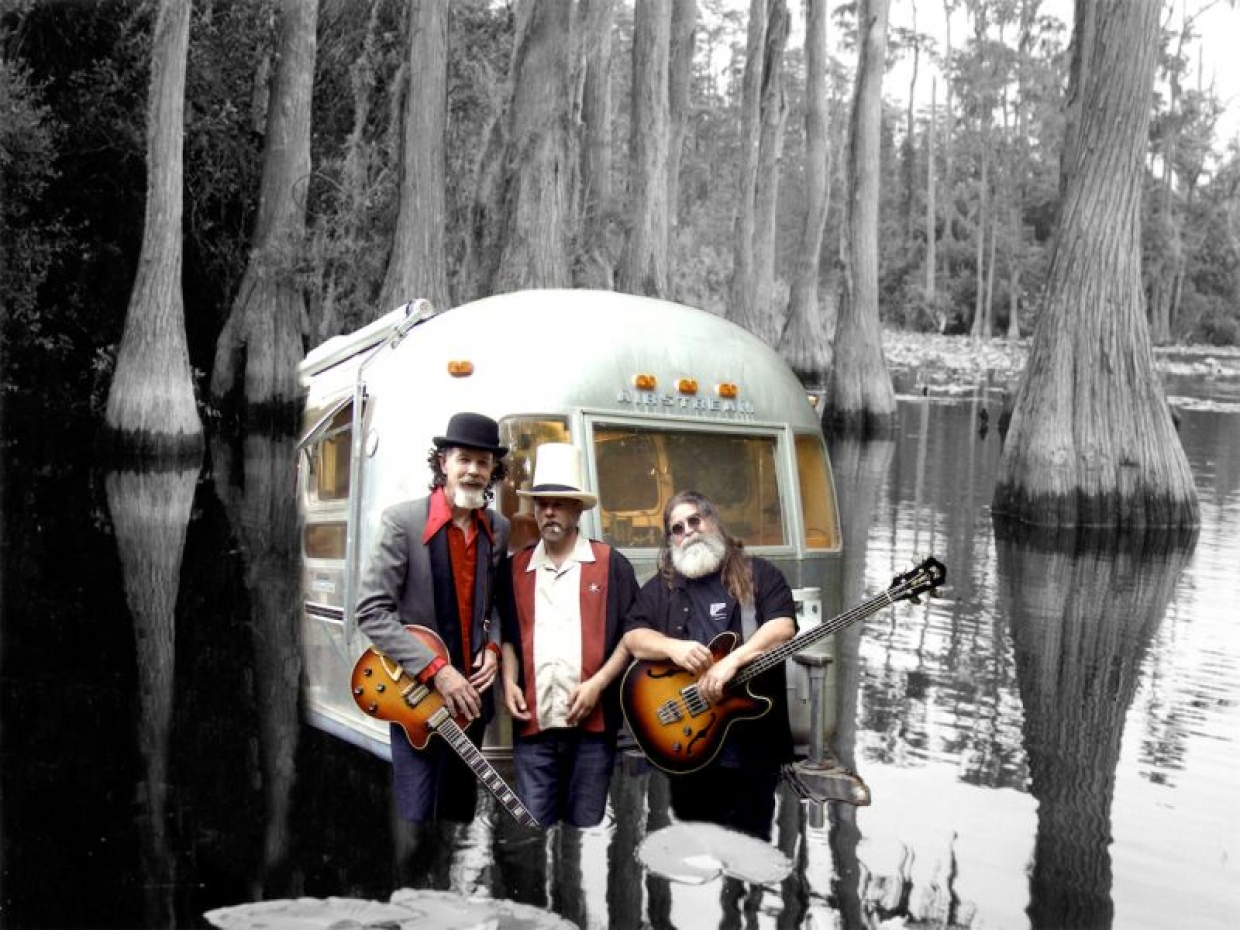 The Seminoles, Timuquans, Creeks and other native Floridians harvested and stewed the heart of the Sabal palm tree to create a rustic delicacy called swamp cabbage. Rarely served today save for in pine-paneled hunting lodges and fish camps, swamp cabbage still lingers as a vestige of the “real” Florida. As an inspirational archetype the name Swamp Cabbage was chosen to remind listeners where the music comes from and that it is a musical concoction of southern rock, blues, soul, Dixieland jazz and Appalachian.

Swamp Cabbage extracts as much music as possible from guitar and drums. The songs are built around gnarly unique southern- rock sounding riffs yet the rhythms derive from blues, soul and funk. The verses, choruses and bridges are threaded together by jazz and classical harmonic concepts that employ Parks’ musical training in those genres. In contrast the lyrics of the tunes are far less serious. Listen closely and take a satirical travelogue through Parks’ colorful northeast Florida upbringing replete with tales of door-to-door evangelism and living off the grid. In concert, Parks, a storyteller of sorts, challenges himself to spin comedic falsehoods of preparation for songs that follow. Every show is unique.

Walter's electric guitar style is a mélange of Scott Joplin's ragtime and Jerry Reed's bayou pickin and Jagoda drums sound like he's leadin' a New Orleans funeral parade. Swamp Cabbage has recorded 5 CDs – the self released debut "Honk" in 2006, "Squeal" released in 2008 on the ZOHO Roots label and live endeavor recorded in New York entitled "Live On The In Tune" in 2010, "Drum Roll Please" in 2012, re-envisioned, re-imagined and re-swamped 70s classics, presented in a way that only the raspy singin’ combo of fatback blues and trailer park funk can dish out, and their latest, yet to be released, "Jive".