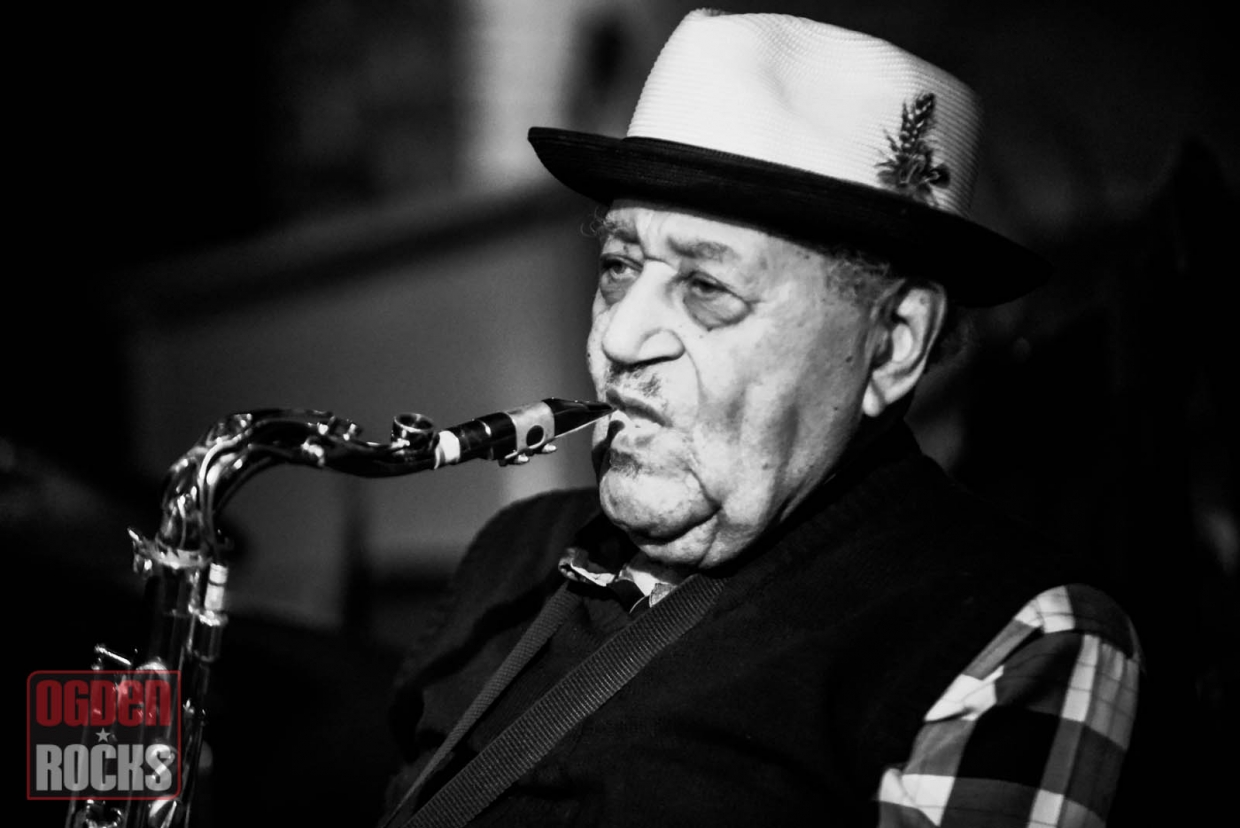 Making his way through Ogden in 1945 he was stranded and has pretty much stuck around ever since. Unpretentious and honest in his musicmanship, Joe plays from the heart and strives to share his soul through the wail of his saxophone. In 2002, Utah Governor Mike Leavitt declared April 18th to be Joe McQueen Day. Over the past 13 years, this date has been marked with many concerts, celebrations and events. McQueen is also the subject of the 2005 documentary film "King of O-Town"

At the age of 96, McQueen continues to perform live in clubs from Ogden to Salt Lake with his quartet of talented musicians (Don Keipp on drums, Brad Wright on guitar and Ryan Conger on Hammond organ) and the group just released a new record: "The Legendary Joe McQueen Quartet" at the end of 2014.