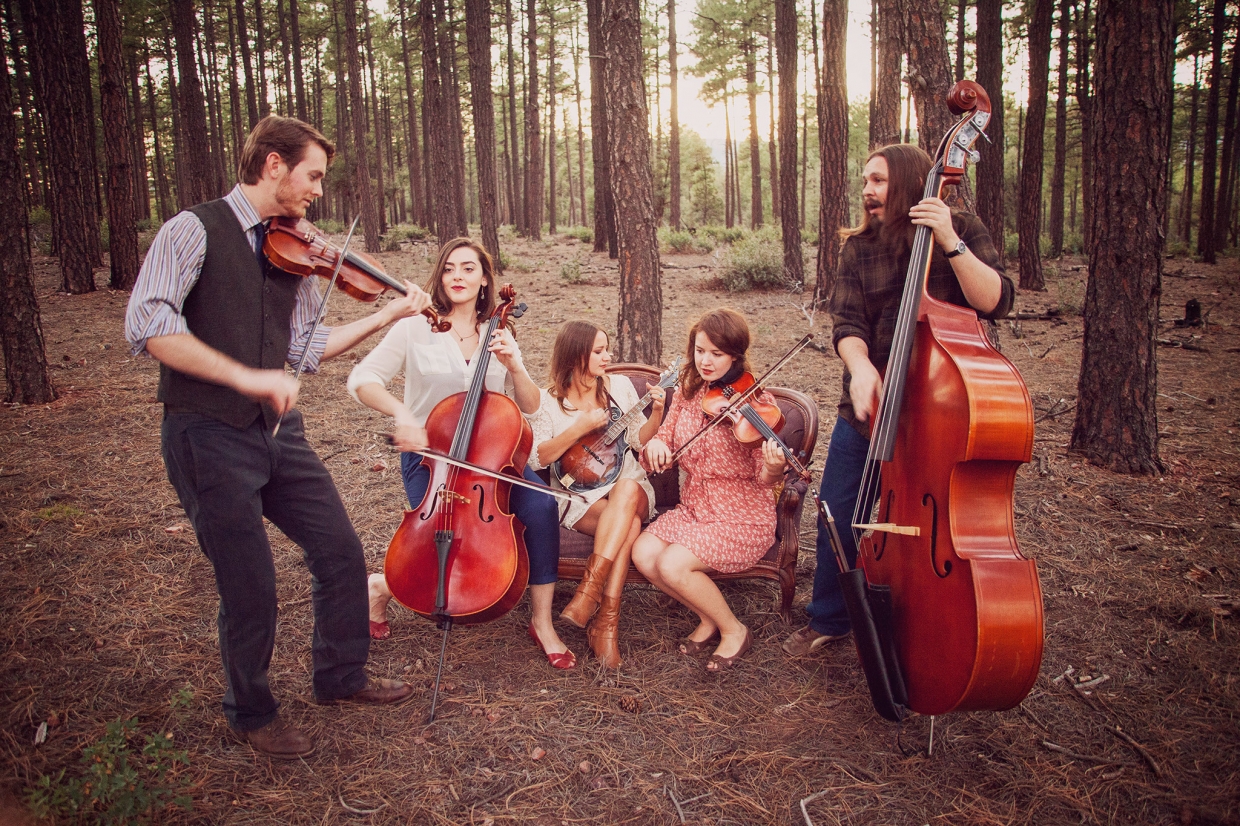 "When I hear Run Boy Run, it all comes back to me, why I started doing that show back then. I hope they go on forever." - Garrison Keillor, A Prairie Home Companion

Existing comfortably in the tension between tradition and the musical frontier, Run Boy Run's all-acoustic format blends bluegrass, folk and the old timey American vernacular with touches of classical and jazz. Their music is rooted in the traditional music of the Appalachian South, but is also definitively present in the 21st century.

From winning the band contest at Pickin' In The Pines (mere weeks after forming in 2009) and a special appearance at the Telluride Bluegrass Festival in 2012, to two appearances on National Public Radio's A Prairie Home Companion, Run Boy Run have been making friends and fans alike with their open-ended musical approach and wonderful stage presence. A Prairie Home Companion host Garrison Keillor was impressed enough that he penned the liner notes to the band's debut CD.

Their debut CD, So Sang the Whippoorwill, was released in March 2013 to regional and national critical acclaim. Their second full-length album, Something to Someone, was recorded with the talented team of Ryan Hadlock and Jerry Streeter (The Lumineers, Brandi Carlile, Elephant Revival) at historic Bear Creek Studios in Woodinville, WA and was released in October 2014 on Sky Island Records.

More in this category: « Shook Twins The Hollering Pines »
back to top
Copyright © 2011 - 2020 OFOAM.org
All Rights Reserved.