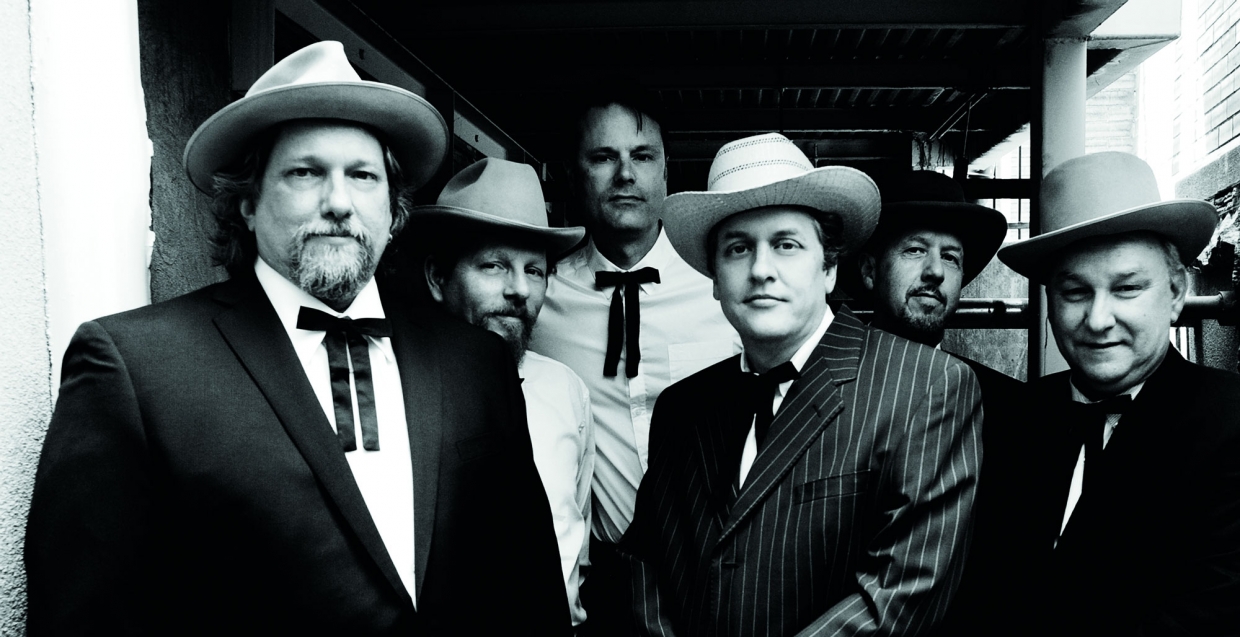 The Earls of Leicester, a tribute to legendary bluegrass artists Lester Flatt and Earl Scruggs, was released by Rounder Records on September 16, 2014 to overwhelming critical acclaim. "This record is something I've been waiting my whole life to do," veteran Dobro master Jerry Douglas says of the self-titled debut by the new all-star dream team combo that he has assembled, organized and produced.

Internationally recognized as the world’s most renowned Dobro player, Douglas ranks among the top contemporary artists in American music. Douglas has garnered thirteen Grammy Awards while holding the distinction of being named “Musician of the Year” by The Country Music Association (2002, 2005, 2007), The Academy of Country Music (11 times), and The Americana Music Association (2002, 2003), as well as numerous International Bluegrass Music Association awards. Douglas is the recipient of a Lifetime Achievement Award from The Americana Music Association, and was honored as the 2008 Artist In Residence at the Country Music Hall of Fame in Nashville, TN. In 2004, the National Endowment for The Arts honored Douglas with a National Heritage Fellowship, acknowledging his artistic excellence and contribution to the nation's traditional arts, their highest such accolade. And now, with Earls of Leicester, add "Best Bluegrass Album, 2015" to the list of Grammy awards.

The new group is the product of Douglas's lifelong passion for the music of bluegrass pioneers Lester Flatt and Earl Scruggs and their band the Foggy Mountain Boys, whose seminal work in the '50s and '60s created the template for what we know as contemporary bluegrass, and transcended traditional genre barriers to popularize the music with an unprecedented mass audience.

The punningly-titled The Earls of Leicester revisits 14 timeless favorites from the Flatt and Scruggs songbook, infusing such rousing numbers as "Big Black Train," "Don't Let Your Deal Go Down," "Shuckin' the Corn," "Dig A Hole in the Meadow" and "Dim Lights, Thick Smoke" with fresh energy, while maintaining the same emotional authenticity, instrumental expertise and vibrant creative spirit that made the original versions such enduring classics.

"Flatt and Scruggs were the major influence on me when I was growing up," recalls Douglas, who was first inspired to pick up his instrument by Flatt and Scruggs' legendary Dobroist Josh Graves. "I was around seven years old when I first saw them, and there were two or three more times after that. It had a huge impact on me. I remember the warmth of the auditorium, I remember the smell of the popcorn, I remember the outfits they were wearing. It's still all very vivid to me, and it's still influencing me 50 years later.

Douglas had long dreamed of rounding up a band to perform Flatt and Scruggs material, but held off until he could gather musicians of sufficient caliber to do justice to the material. His plans finally began to take shape when he played on a session with fiddler Johnny Warren—the son of Fiddlin' Paul Warren, a longtime mainstay of Flatt and Scruggs' band—and Johnny's longtime banjo-playing partner Charlie Cushman.

"The banjo, the fiddle and the Dobro came together in a way that sounded exactly what I'd heard so many years ago, the first time I saw Flatt and Scruggs," Douglas recalls. "Right then, it dawned on me that this was my chance to complete that dream, and I didn't want to let it go by. So I called Tim O'Brien and Barry Bales. The hardest part for me was finding the right lead singer, but then my wife suggested Shawn Camp. We got everyone together one night and had a rehearsal, and I realized that we had to do this."

With Douglas producing, the musicians largely replicated Flatt and Scruggs' original recording methods and played appropriate vintage instruments, while using many of the same unconventional tunings that contributed to Flatt and Scruggs' distinctive sound. The songs were selected to focus upon the band's most successful and innovative years, roughly from 1954 to 1965.

"It's kind of an introduction to Flatt and Scruggs, the way I hear them," Douglas notes, adding, "much of my motivation was selfish, because I just wanted to hear this sound again. It took me a long time to find the right people who could pull it off and make it sound authentic and not corny, and make you feel like you're listening to Flatt and Scruggs during those years."

Douglas is distinctly excited about the future of The Earls of Leicester. "I built this with the idea that it would be an event band, not a band that's gonna go out and hit the road for three years," he says. "I want to feel six years old every time I play this music, and it wouldn't feel that way if we had to do it every night. I want us to enjoy every time we do it, and I want us to remember why we enjoy it.

"I believe this band has the potential to have its own evolution, beyond just doing Flatt and Scruggs tunes, but this record is very, very exciting for me," he continues. "I'm hoping people will hear it and ask 'What's that?', then do some investigating and discover where this stuff came from. We have a younger audience for this kind of music now, and it is important to me that the listeners understand the origins of what they are hearing."