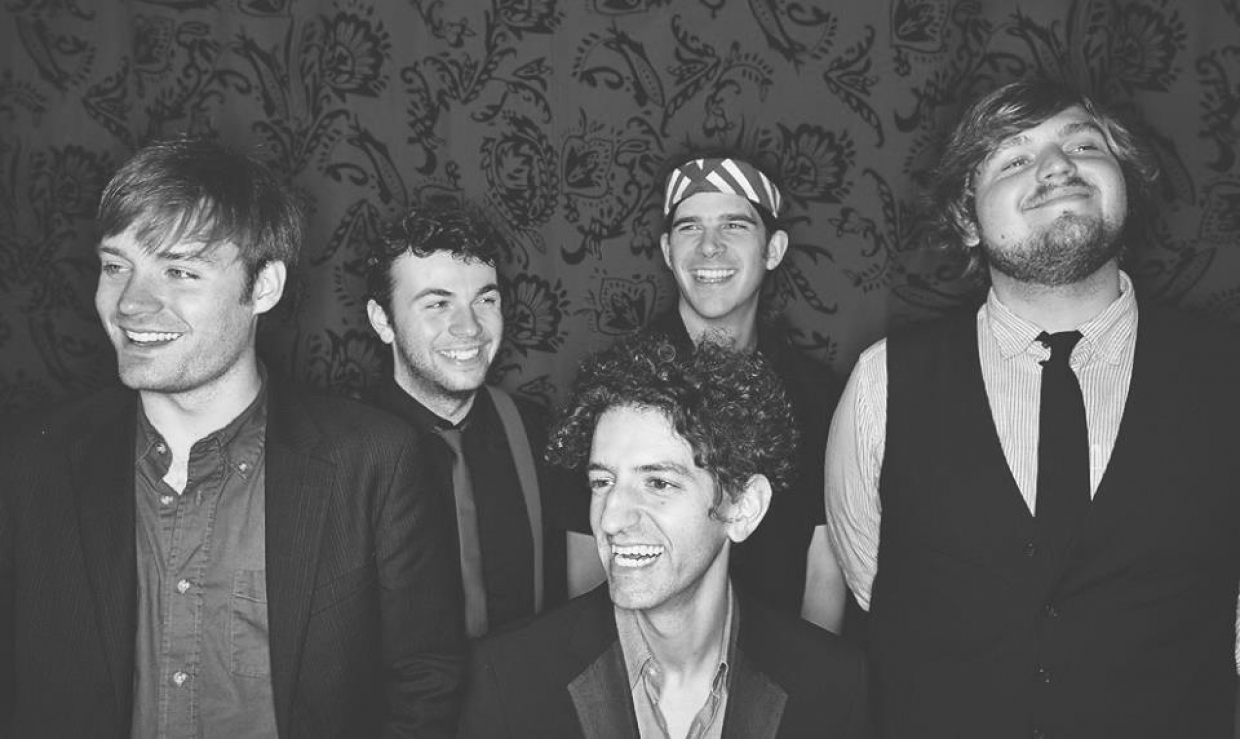 Throughout Roll Me, Tumble Me, such beguilingly melodic, emotionally evocative tunes as "I Fall Back," "Bored of the Raging," "A Faded Star" and "Beautiful's Her Body" match banjoist/vocalist/songwriter Greg Liszt's lilting melodies and pointedly poetic lyrics with his bandmates' eloquent musicianship and unconventional vocal blend to bring his compositions to life, reflecting the unique individual and collective backgrounds that have contributed to the Deadly Gentlemen's evolution from quirky side-project to singular musical force.

Roll Me, Tumble Me also points to the Deadly Gentlemen's rich musical history by reinventing three songs that appeared in very different versions on prior releases: the witty title number and the rousing "Working," both from the band's self-released debut The Bastard Masterpiece; and the bittersweet "It'll End Too Soon," which Liszt originally recorded as a member of the acclaimed alt-bluegrass outfit Crooked Still.

The Deadly Gentlemen's members had all led eventful individual musical lives before they joined forces. In addition to touring and recording extensively with Crooked Still, Greg Liszt attended college at Yale and earned a Ph.D. from M.I.T. in Molecular Biology. His innovative four-finger picking technique helped him to win a place as a member of Bruce Springsteen's live band for Springteen's Seeger Sessions tour.

Mike Barnett began his career as a child fiddle prodigy, touring with bluegrass legend Jesse McReynolds at the tender age of 15. He's also studied at Boston's prestigious Berklee School of Music and excelled as a jazz violinist, while his world-class talents have won him gigs as a member of the David Grisman Quintet and the Tony Trischka Band.

Bassist and singer Adam Chaffins, the newest member of the Deadly Gentlemen, has toured worldwide with Susan Werner, the Belfry Fellows, World Party, the Carter Brothers, and many others. Originally from Kentucky, Adam holds a music degree from Morehead State University and currently lives in Nashville, TN.

Mandolinist Dominick Leslie is another former child prodigy, having achieved a series of career milestones before he'd reached the age of 16. More recently, he's won considerable attention for his live appearances with banjoist Noam Pikelny, the Infamous Stringdusters, and the Grant Gordy Quartet.

In contrast to his bandmates' backgrounds in acoustic music, guitarist Stash (short for Stanislaw) Wyslouch grew up on heavy metal before submerging himself in bluegrass and country. His history in hard rock still manifests itself in his propensity for wringing unexpected sounds out of his guitar and screaming at the top of his vocal range. His resume also includes membership in Eric Robertson and the Boston Boys as well as Blue Moose and the Unbuttoned Zippers.

When Liszt first hooked up with Barnett in 2008 to record the first Deadly Gentlemen project The Bastard Masterpiece, the music they came up with was an experimental mix of spoken-word vocals and banjo-driven grooves that Liszt now describes as "Eminem meets the Soggy Bottom Boys." By the time the current lineup solidified in time to record the 2011 followup Carry Me to Home, the group's style had begun to evolve towards the sound that's featured on Roll Me, Tumble Me, reflecting the five musicians' wide range of interests and diverse assortment of personalities.

"It's very much been a developing project, and it's evolved into something that feels more natural and less like an experiment," says Liszt, explaining, "It started as an arty side-project to our other bands, and the songs on The Bastard Masterpiece were basically old bluegrass songs that we turned into extended poems with groove-based banjo music. There was a big evolution when we recorded Carry Me to Home, which had kind of a gang-vocal style, with all sorts of coordinated shouting, rapping and singing. Now we've evolved from there into something that's a little closer to conventional song structure."

The Deadly Gentlemen's growth into a formidable creative unit and engaging, uplifting live act—along with the expanded fan base and growing critical acclaim that have accompanied the band's musical development—eventually led to the busy musicians making a conscious choice to commit the bulk of their energies to the group.

"There was a point in 2011 when we all sat down and decided that we wanted to make the Deadly Gentlemen our main focus, and that we needed to go on tour and get our chops up and figure out the best way to deliver this music. We all agreed that if we all just got into the van, it would go somewhere, and it has."

Liszt and his bandmates handled Roll Me, Tumble Me's production chores in collaboration with noted Nashville engineer Erick Jaskowiak, cutting the instrumental tracks in a makeshift studio set up for the occasion in a house in Eclectic, Alabama, before bringing the tracks home to Boston to record their vocals.

"This album definitely feels like a big turning point for us," Liszt observes. "I think it shows that we'd done a little bit of maturing, but at the same time I think that we've still managed to maintain some of the craziness of our earlier records. We really went through every song and every performance with a fine tooth comb, to make sure that all of the pieces fit together, which is something that we'd never done before.

"One of our main priorities on this album was to capture our serious side and our humorous side, because both of those things are equally important to us," Liszt asserts. "On its most fundamental level, music has to be fun, and we always have a lot of fun when we play together. But at the same time, we want the music and lyrics to have some substance in the way that they speak to people on an emotional level."

Indeed, Roll Me, Tumble Me neatly demonstrates that the Deadly Gentlemen's remarkable creative chemistry is too eclectic and unruly to be contained within a single genre, and that the joy and intensity that they put into their work is contagious.

"The Deadly Gentlemen is very much a group of personalities, and everybody in the band is highly individualistic," Liszt notes, adding, "Sometimes being in this band feels like being in the kind of sitcom you would come up with if you were trying to fictionalize a band with five extremely exaggerated characters. It definitely adds a lot of interest to our daily life, and there are moments where I wonder if I should be acting more like a dad. But there's definitely a very deep fellowship—some might say bromance—between the five of us.

"We all have similar tastes, and all five of us have chosen a similar sort of life path," he concludes. "We've all chosen a certain commitment to this kind of music and the lifestyle that goes along with it, and we're all very much on board with the mission of the Deadly Gentlemen. We're committed to being in the kind of band that tours fulltime and makes a series of albums over a long period of time, and going wherever that path takes us."