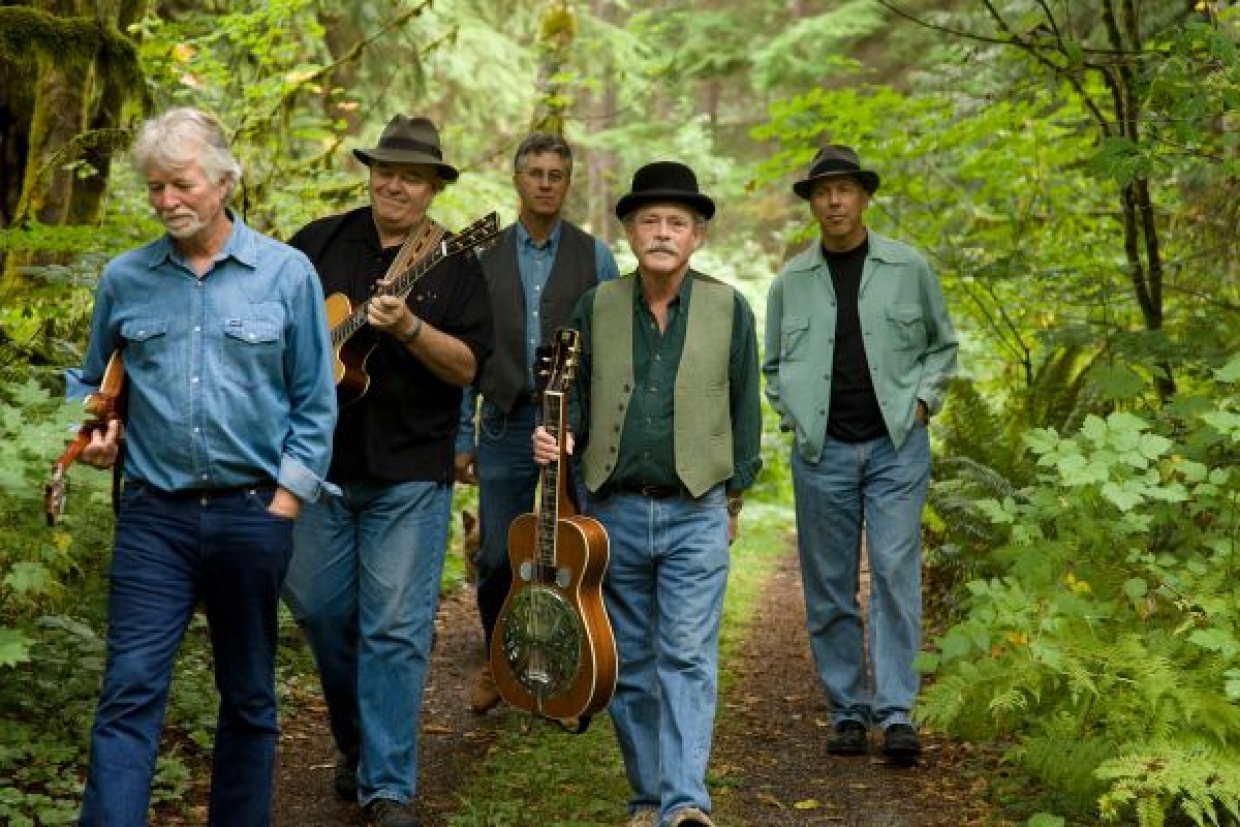 Marley's Ghost is nothing less than a national treasure, the capable inheritors of the archetypal Americana blueprint drawn up by The Band. As the L.A. Weekly aptly put it, "This West Coast [group] deftly, and frequently daffily, dashes across decades of American music to create a sound that's steeped in tradition but never bogged down by traditionalism." These guys can sing and play anything with spot-on feel, from reggae (hence the double-entendre moniker) to blues to stone country, which is what they've been doing - to the ongoing delight of a fervent cult that includes many of their fellow musicians - throughout their first quarter century as a working unit.

"The band has always been eclectic, and that's one of the reasons we've stayed together for this long," Wheetman explains. "I've said this before, but instead of having to be in a Delta blues band, an a cappella singing group, a country band, a reggae band, and being a singer/songwriter, I'm in one band and we just do all that. It's very convenient."

Dan Wheetman (vocals, bass, rhythm guitar, fiddle, harmonica, banjo, Dobro, lap steel) came to the group after a long career during which he played in the '60s Simi Valley, Calif., teen rock group the Humane Society, Fresh Air (with Don Heffington), the Honky Tonk Swamis and '70s country-rockers Liberty, who spent years on the road with John Denver and Steve Martin. Danny's showmanship and unique sense of humor, combined with an uncommonly powerful and resonant baritone, provide the focal point for the group's upbeat performances.

Mike Phelan (vocals, lead guitars, fiddle, Dobro, bass, lap steel), who's been performing as a singer/player since he was knee high to a grasshopper, has lived all over the U.S., playing, recording and performing in many styles, including bluegrass, rock, folk and blues in countless bands. Phelan cites guitarists Steve Cropper, Eldon Shamblin, Doc Watson, Jimi Hendrix and B. B. King, and vocalists Tommy Duncan, Ralph Stanley and William Bell as major influences. Like Wheetman and Wilcox, he's also a deft and prolific songwriter.

Jon Wilcox (vocals, mandolin, rhythm guitar, guitar, bouzouki) has solo recordings on the Folk-Legacy, Sierra-Briar and Sage Arts labels and has toured internationally as a singer/songwriter and interpreter of traditional American and British Isles music. He's also intimately familiar with the groves of academe, having graduated from Stanford Law School and later teaching high school history.

Ed Littlefield Jr. (vocals, pedal steel guitar, Highland bagpipes, keyboards, mandolin, Dobro, lead guitar), a product of the Northern California folk scene, relocated to Washington State in the early 1970s. He toured extensively with the well-known Seattle Western swing band Lance Romance before founding Sage Arts, one of the Northwest's premier recording studios, where he functions as a producer and engineer. Littlefield is one of the most innovative of the new breed of pedal steel guitarists; among his influences, he counts Ian & Sylvia, Bob Dylan, Flatt & Scruggs, Hank Williams, Doc Watson, Ernest Tubb, the Grateful Dead, The Band and the Rolling Stones.

Jerry Fletcher (keys, accordion, vocal arranging), who's long the band's secret weapon and unofficial fifth Ghost, appearing on albums and gigs from the outset, became a fulltime member in 2006. A teen rock rival of Wheetman's and later his cohort in Liberty, Fletcher lays down a thoughtful groove that grounds the band and completes the musical puzzle.

More in this category: « The Hollering Pines
back to top
Copyright © 2011 - 2020 OFOAM.org
All Rights Reserved.