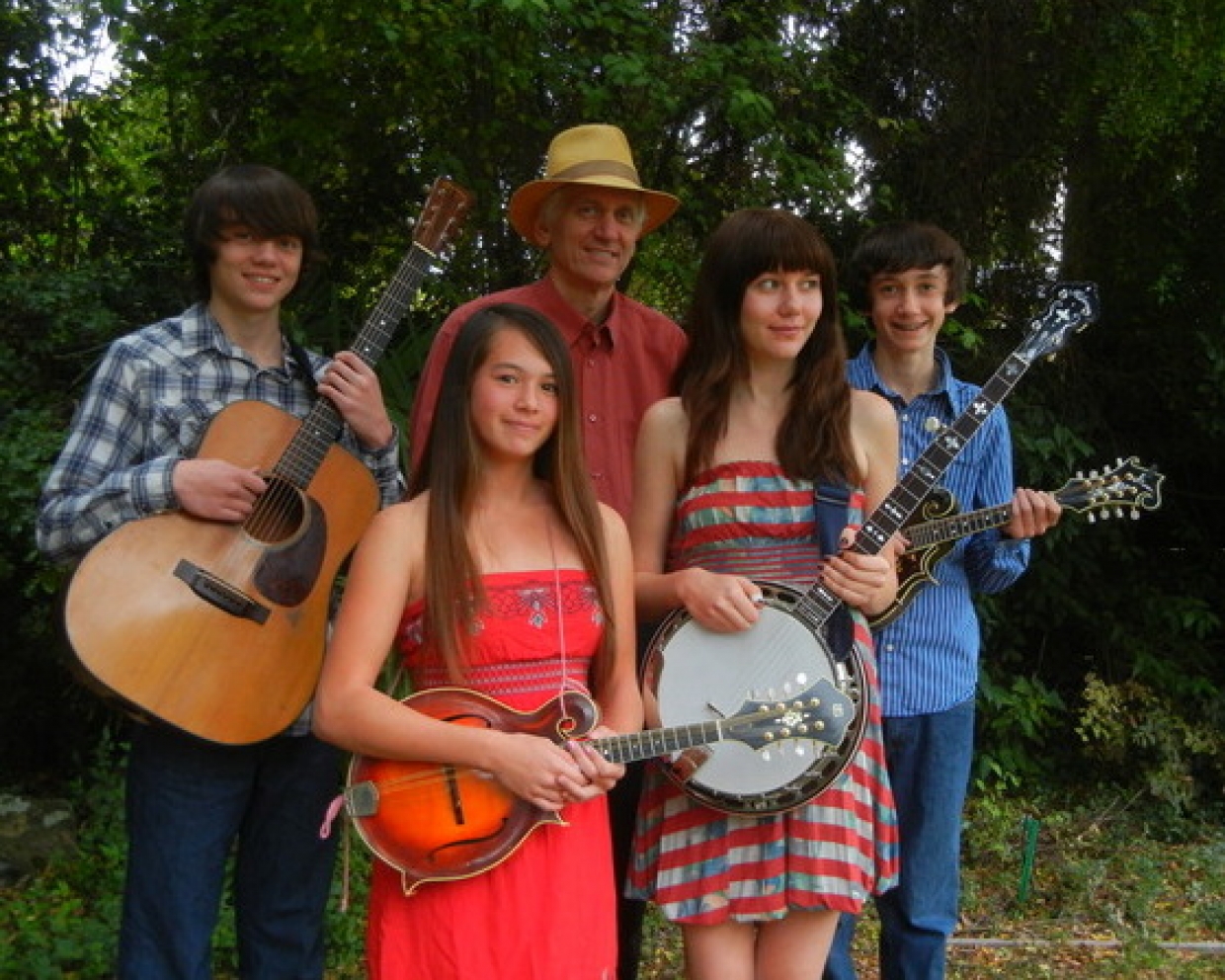 "Catch the next generation of bluegrass masters...The Tuttles with AJ Lee. The Northern California Bluegrass Society has named them Best Bluegrass Band the last two years in a row, as well as naming Molly Tuttle the Best Guitarist, Michael Tuttle the Best Mandolin Player, and Jack Tuttle the Best Fiddler. Oh, and Best Female Vocalist? That would be AJ in 2010 and 2011, Molly in 2012.

The point is, these folks can sing and play bluegrass with skill and spirit far beyond their years – except for Jack. His years are already up there with his spirit and skill. He’s the father of Molly, Michael, and Sullivan, the band’s bass player, and he gave the kids their first music lessons in their living room in Palo Alto, passing along what he learned as a member of the original Tuttle Family Band that his father Gerald started many decades ago on the family’s farm in Illinois. AJ Lee of Tracy, California is a bit of a musical phenom. She’s not yet 16, and she’s already been the subject of a Mother Jones article titled “Could This Kid Be the Next Allison Krauss?” She plays ukulele, banjo, mandolin, fiddle, and guitar, but what really sets her apart is her voice, rich, lovely, and full of mature feeling. She and the Tuttles first crossed paths at the California Bluegrass Association’s festival in Grass Valley in 2004. They started performing together in 2008 and recorded their first album, Introducing the Tuttles with AJ Lee, in 2010. Molly and Jack also have an album, The Old Apple Tree, and in October they sang a duet on A Prairie Home Companion. Molly is studying at the Berklee College of Music these days, having won the first Hazel Dickens Memorial Scholarship from the Foundation For Bluegrass Music, but she’ll be back home for the band’s only Bay Area concert this winter. It’s a great chance to see where bluegrass is headed." - Freight & Salvage Coffee House, Berkeley, California

More in this category: « Run Boy Run Kate MacLeod »
back to top