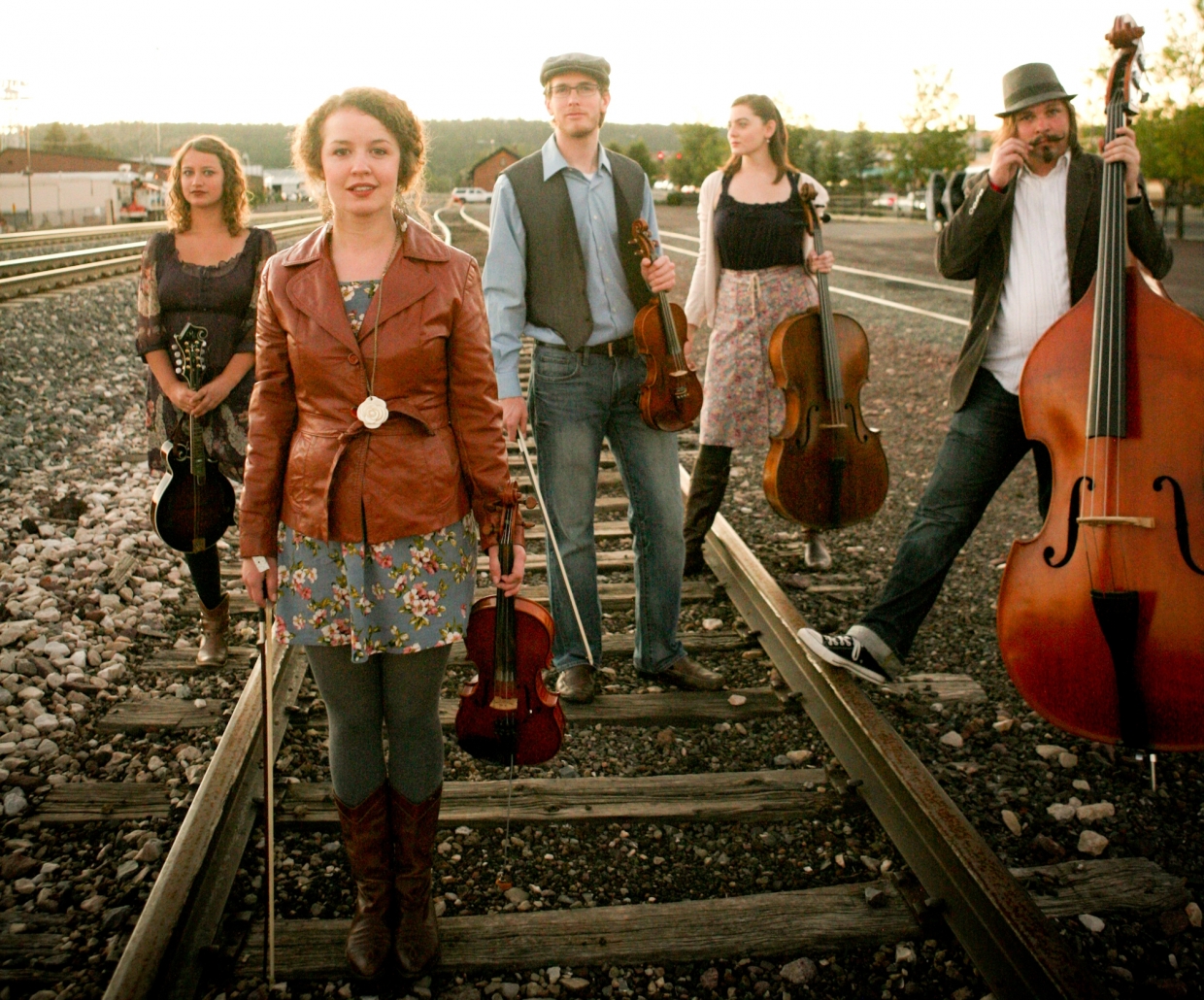 Existing in the tension between tradition and frontier, Telluride Bluegrass Festival Band Contest winner and Prairie Home Companion guest, Run Boy Run, truly exceeds the sum of its parts as touches of classical, jazz, and folk express themselves through the old-time core of the band’s unique sound.

Formed in the summer of 2009, Run Boy Run has emerged as “a prevalent force in the desert music scene.” After winning the coveted Telluride Bluegrass Festival Band Contest in 2011, Run Boy Run has been busy recording a self-titled EP, performing throughout the Southwest, and building a growing catalog of traditional, original, and familiar material.

The unique sound of Run Boy Run is rooted in the traditional music of the Appalachian South. Bands like Nickel Creek and Crooked Still have paved the way for the music of Run Boy Run: dynamic, orchestral, and overflowing with beauty. Run Boy Run exists in the tension between tradition and frontier. Three strong female voices weave a spectacular tapestry of sound. Award-winning fiddle cuts a path for a tightly formed rhythmic front. Every arrangement is—at it’s core—beautiful.

Brother and sister, Matt (fiddle, guitar) and Grace Rolland (cello, vocals), have fiddle music running through their blood. Raised with bow and rosin on every bedside table, Run Boy Run was a natural fit. Sisters, Bekah (fiddle, vocals, guitar) and Jen Sandoval (mandolin, vocals), grew up deeply ingrained in the Bluegrass festivals of Arizona, so they too found a home in Run Boy Run. Jesse Allen (bass) was brought up on opera and western swing, and grew to love the natural fusion inherent in American music. The whole truly exceeds the sum of the parts as touches of classical, jazz, and folk express themselves through the old-time core of Run Boy Run’s unique sound.

More in this category: « Elephant Revival The Tuttles with AJ Lee »
back to top