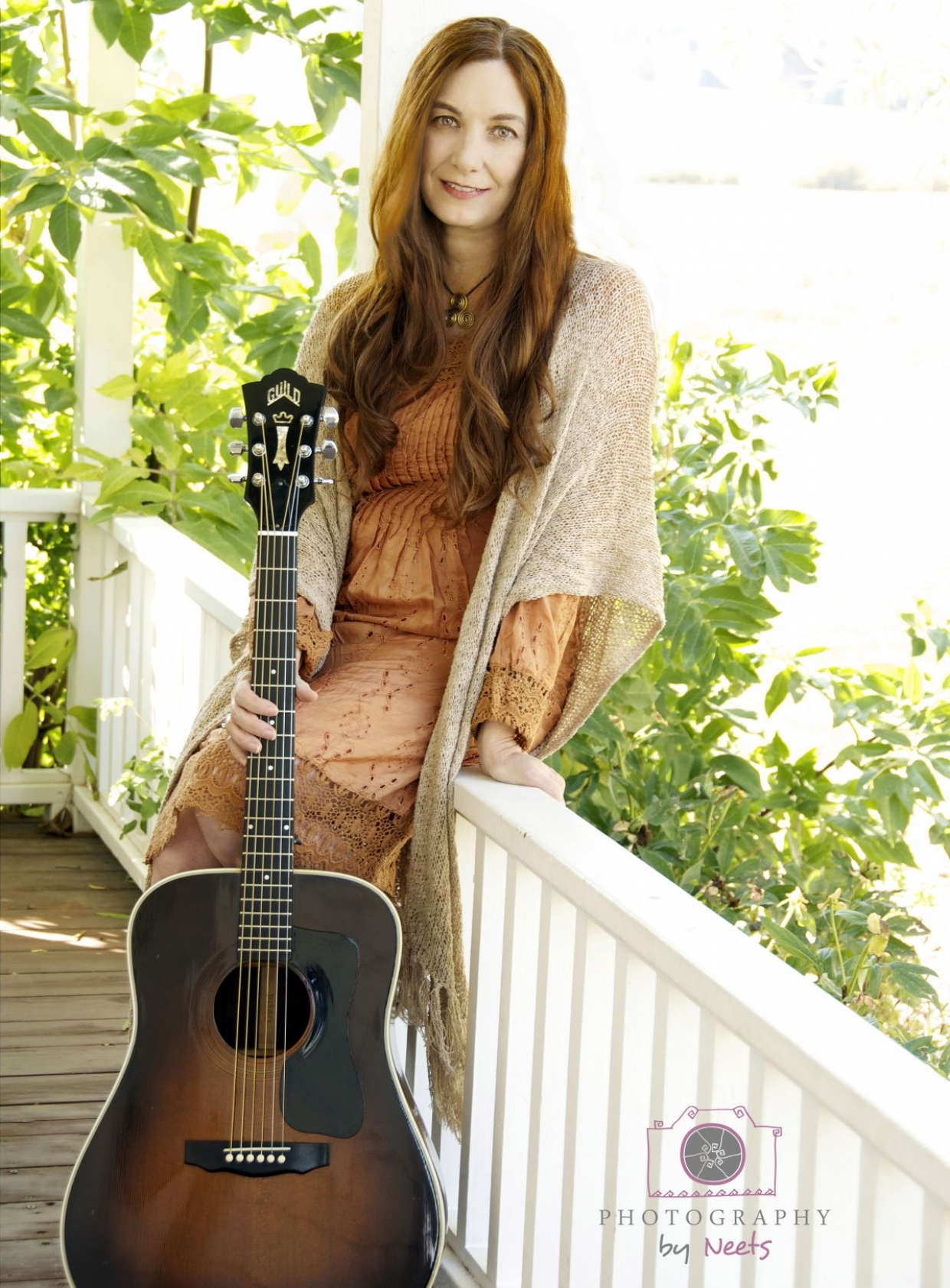 Kate MacLeod's highly acclaimed songs often precede her as other artists sing her songs on stages across the country. Hear this songstress who creates addictingly singable songs, songs that compel music publications such as Sing Out Magazine to claim that Kate MacLeod "channels the spirit of the great Carter Family classics."

After raising a family, instead of packing it in, or losing an edge, Kate now creates some of her best music and is still growing. Twenty-somethings are singing her songs and audiences are beginning to catch on to the versatility of her repertoire.

Most at peace in front of a candle-lit desktop with a small guitar in hand, a fan of homemade ketchup and swinging hammock chairs, Kate trades in her time for defining the complexity of the human experience in understated form. She has been compared to many influential artists of her genre including Joni Mitchell, Nanci Griffith, Richard Thompson and Emmylou Harris. Kate's debut recording, produced by the legendary bluegrass guitarist Charles Sawtelle, ​was released in 1995 on Waterbug Records. Since then, her songs have been covered by other artists from California to the Czech Republic in folk, bluegrass and roots music genres including artists such as Mollie O'Brien, Laurie Lewis and Rose Laughlin. Her latest solo recording was produced by Grammy-winning musician Tim O'Brien from which the song Something Left You Living was featured on NPR's syndicated song showcase "What's in a Song." In addition to her performing, she teaches songwriting and fiddle workshops in schools, concert outreach programs, summer camps and at music festivals. She is a sought after vocalist, fiddler and guitar player, working regularly with other artists. Her fiddle playing is derived from the study of many traditional folk styles in addition to classical training from where she has developed a unique expression with the instrument.

Having grown up on the outskirts of Washington D.C, then residing in the western region of Utah for decades, home of rich folklore, the roaming grounds of Butch Cassidy and his Wild Bunch and the land from where Utah Phillips took his name, she also spends what little spare time she has in the northwest corner of our country near Seattle. Her western migration has fueled her appreciation and understanding of the American experience, its varied landscapes and cultures. Her songwriting style and live performances display an unbreakable link between traditional music and cutting-edge contemporary songwriting. By request, and as a habit, she has written music based on historic events and personalities, songs based on books and songs commissioned for cultural projects. She has been hailed as one of the “Ten Acts to Watch” by the editors of the MusicHound Folk Essential Album Guide. Kate's songs have been featured on nationally syndicated radio shows including Tom May's “River City Folk,” the holiday program hosted by Judy Collins, “Peace on Earth,” and have been sung by others on “A Prairie Home Companion.” You will find fans of many music genres in an audience gathered to hear Kate MacLeod perform. Her songs catch the ears of new artists, traditional singers, bluegrass musicians, celtic musicians and songwriters of many styles.​

Tweet
Tagged under
More in this category: « The Tuttles with AJ Lee Wayward Molly »
back to top