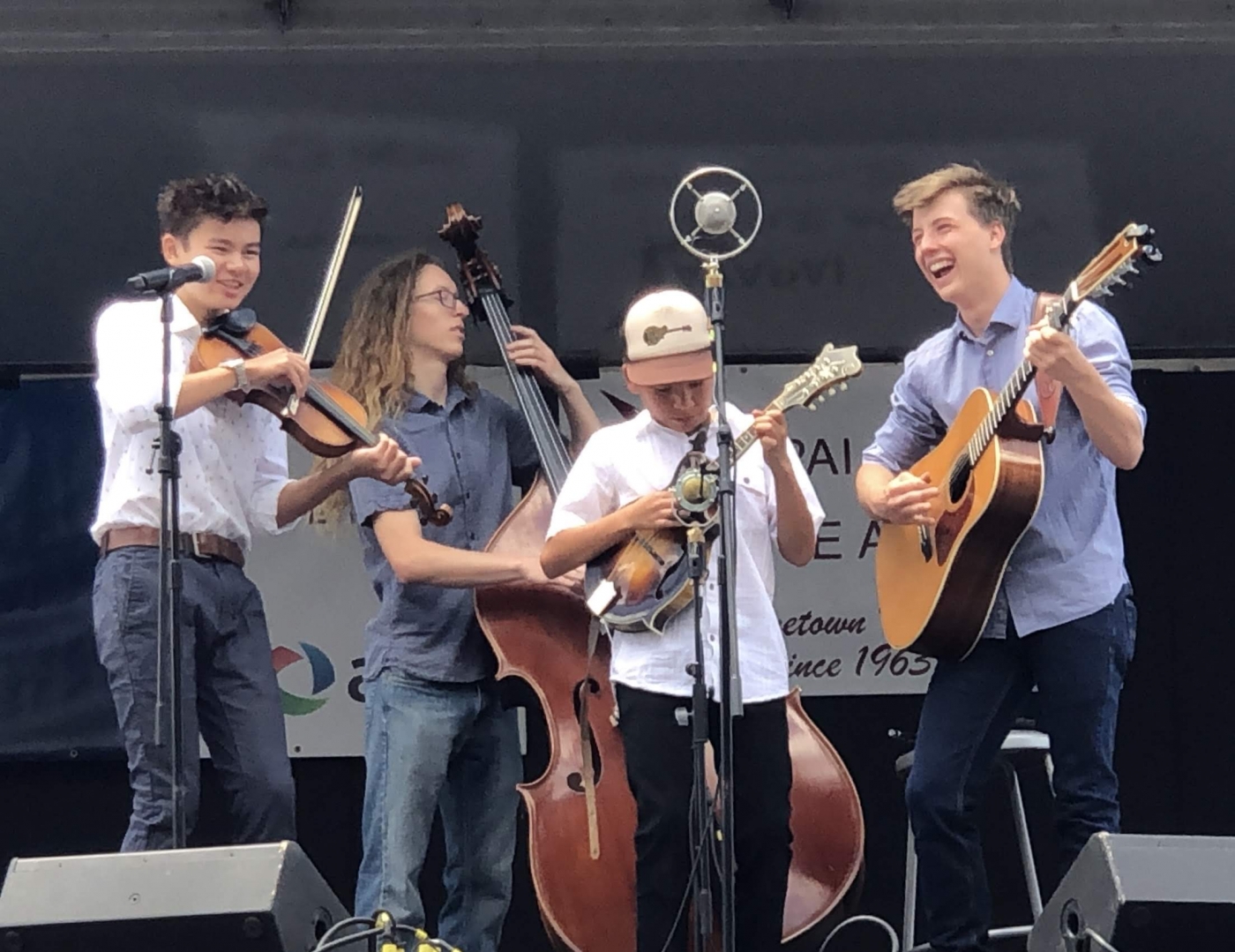 For Ogden Music Festival, The Quale brothers are joined by award-winning bassist Jason Howard and Sugar & the Mint guitarist Keenan Hammack. The quartet have known each other for a few years and share a passion for music. They recently performed at Prescott Bluegrass Festival. Jason Howard currently plays bass in The Cross-Eyed Possum, The Flagstaff Symphony Orchestra, and various jazz combos. Jason has been ranked 1st in Arizona all state jazz competition in 2017 and 2018. Keenan Hammack has been an award-winning flatpicker since the age of 14, taking the Arizona contest circuit by storm. Since then he has shared the stage with many of his heroes including Roy “Futureman” Wooten, Tristan Clarridge and many more. Keenan is currently touring with Telluride-winning band Sugar and the Mint.

When not playing as a duo or with invited guests, the brothers perform with their bluegrass band, Crying Uncle Bluegrass Band (CUBG). The band recently released their second CD, Monroe Bridge. CUBG has opened for prestigious bands such as The Del McCoury Band and David Grisman Bluegrass Experience. In 2018, the bluegrass band was featured on a TEDxTalk with Phoebe Hunt. Winners of the 2018 Pickin’ in the Pines Band Contest in Flagstaff AZ, and selected by the International Bluegrass Music Association to perform at IBMA’s World of Bluegrass in North Carolina, Crying Uncle is making waves in the bluegrass community.