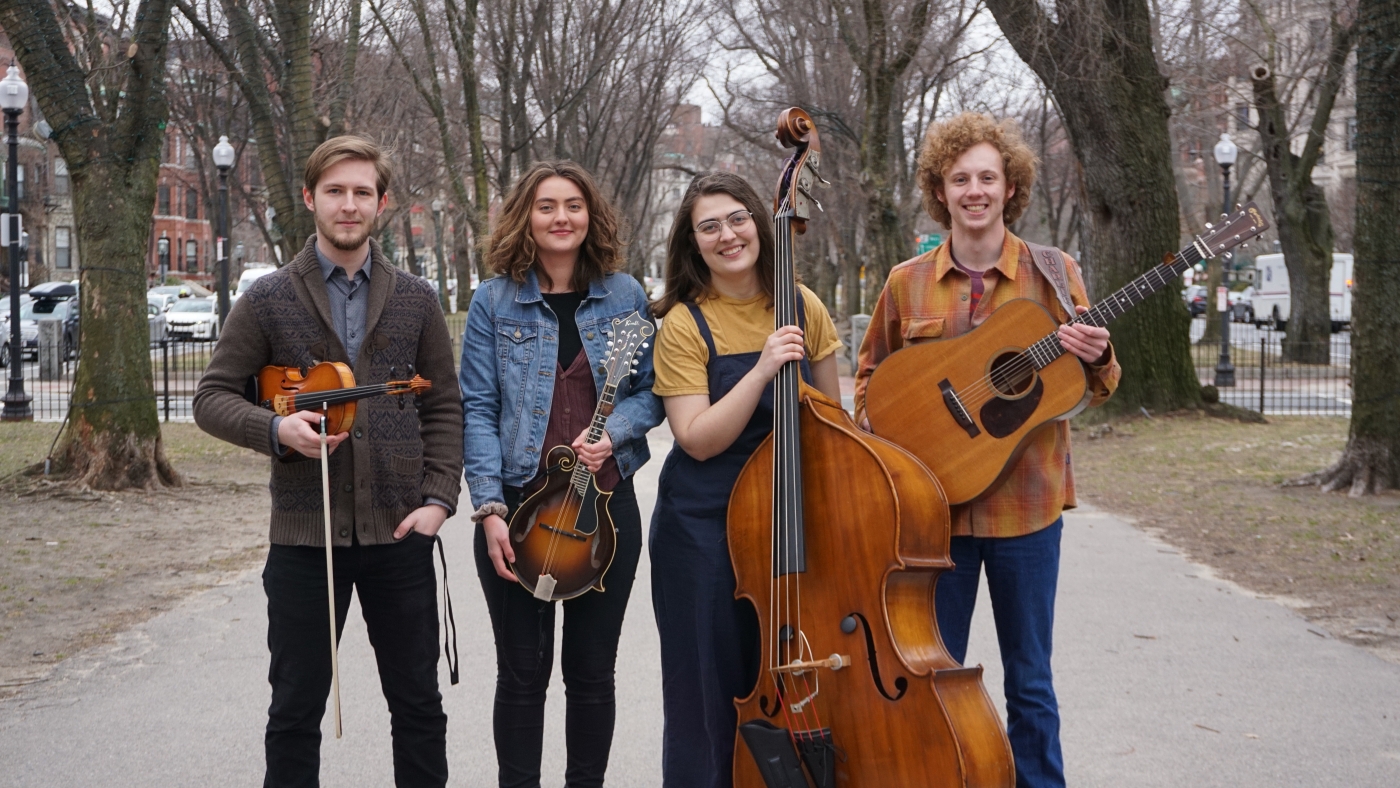 Moriah & Friends are coming from the Berklee College of Music in Boston to share their love of bluegrass music with the masses!

Moriah Ozberkmen, 22 (Mandolin) grew up in Salt Lake City, Utah. She is a multi-instrumentalist who has won the Utah State fiddle, mandolin and guitar championships. Moriah is working towards a mandolin performance degree from Berklee and is enjoying Boston’s thriving music scene.

Avery Merrit, 24 (Fiddle) is a Boston- based, multi-style, fiddler who graduated from Berklee. He has received awards including the California Governor’s Medallion and Berklee’s Fletcher Bright Award. He has toured with acts including, Front Country, Tony Trischka, Sean Watkins and the Bee Eaters, and is currently touring with Grammy- nominated artist, Missy Raines.

Charlie Fuertsch, 24 (Guitar) is a singer, songwriter and guitarist from Ogden, Utah. He graduated from Columbia University and is currently earning his diploma for Guitar Performance from Berklee. Although, he is firmly rooted in bluegrass and classic country, his music draws inspiration from and incorporates elements of jazz, blues, rockabilly, and old-time.

Hazel Royer, 19 (Bass) grew up in the Boston music scene. She started playing guitar in a band with her dad and eventually picked up the bass. Hazel is a powerful vocalist and songwriter who is highly sought- after. She is able to flawlessly genre-hop in styles including bluegrass, jazz, folk, rock, and indie-rock. She is currently majoring in performance at Berklee.

Published in 2020 OMF Performers
Tagged under
back to top