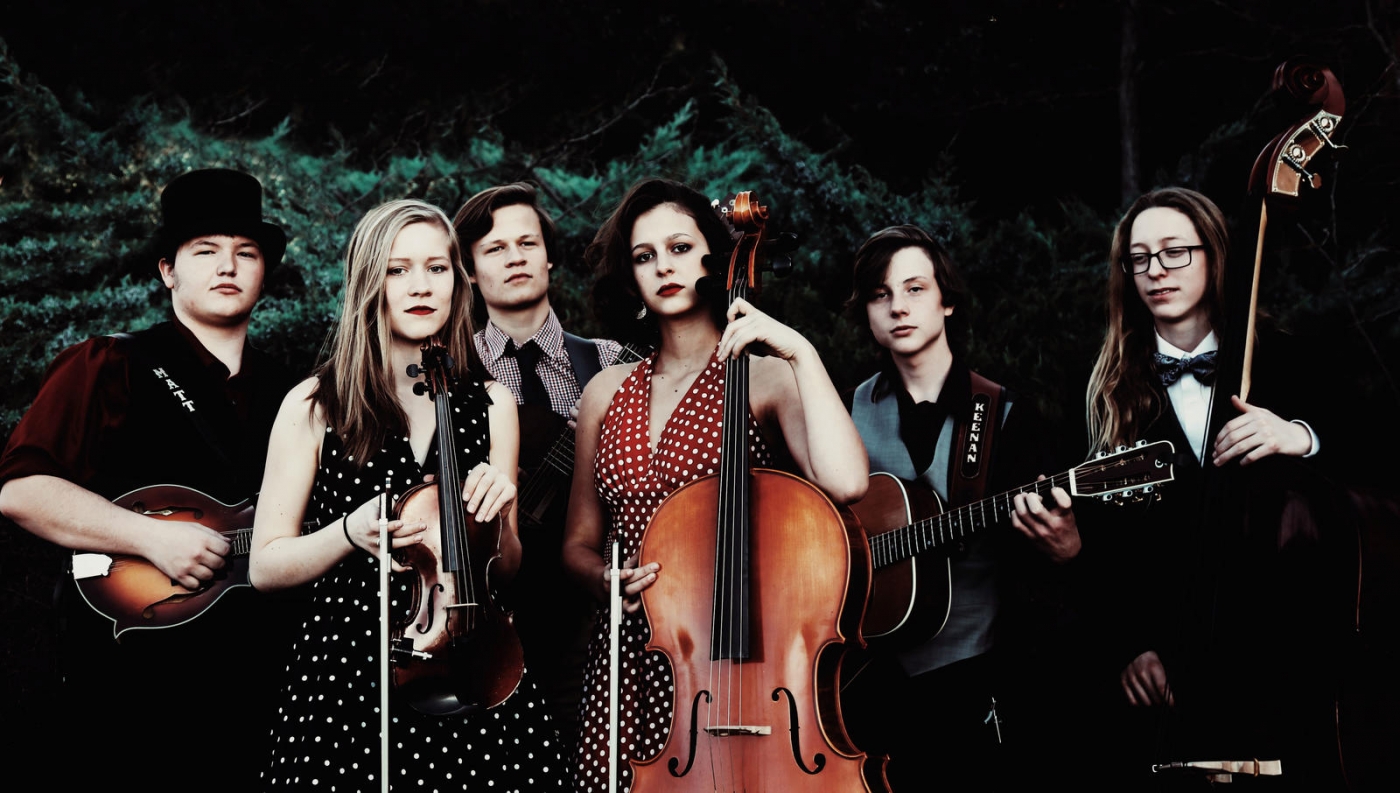 Sugar and the Mint (Formerly Generation Band) was started by The Sharlot Hall Museum in Prescott, Arizona in February 2011. Students were chosen by audition and initially it was formed as a youth cultural music conservatory. In 2014, Sugar and the Mint (Generation) parted ways with Sharlot Hall Museum, (after the program lost funding) and ventured out on its own. They have since become a professional and dynamic young musical group. They play a blend of new old-time, contemporary bluegrass and indie-folk music. They have performed at venues and events such as the The Prescott Opry, Yavapai College, The Yavapai County Fair, Payson Fiddle Festival, The Raven Cafe, Tim’s Toyota Center in Prescott Valley, Tempe Festival of the Arts, Prescott Farmer’s Market, Wickenburg Bluegrass Festival, Pickin’ in the Pines Bluegrass Festival, Prescott’s Folk Music Festival, Town of Bagdad, AZ, Arts Prescott Coop Gallery, Acker Night Musical Showcase and many others. They can often be seen playing informally at Prescott's Courthouse Square during various Arts and Crafts Fairs.