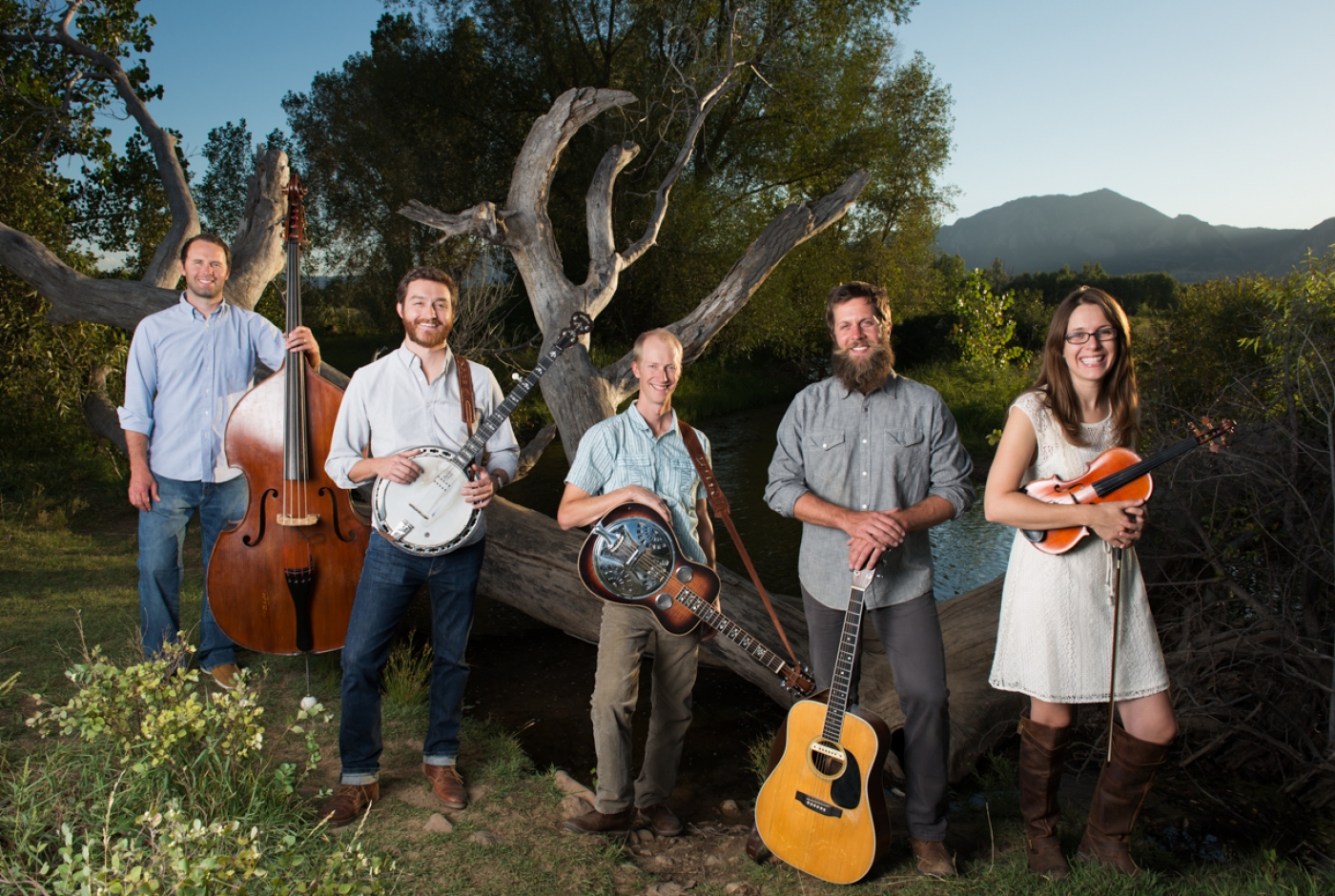 “So if you’re like me and sometimes you need some good old-time mountain music, check out Trout Steak Revival!” — Ed Karn, No Depression

Trout Steak Revival has earned a place in the mountain states bluegrass scene, performing to sold-out audiences, winning the 2014 Telluride Bluegrass Festival Band Competition, placing in the 2012 Rockygrass Band Competition, and even winning an Emmy Award for a soundtrack with Rocky Mountain PBS. Their new album, “Brighter Every Day,” was released in March 2015. The album was produced by Chris Pandolfi of the Infamous Stringdusters.

From beginnings as an informal jamming unit during treks through the peaks of the Front Range, Trout Steak Revival has evolved into one of Colorado’s most tightly knit, hard-driving bluegrass bands. Their brand of heartfelt songwriting blends dynamic musicianship with intricately woven harmonies, all tied together with the unmistakable sound of their years of friendship. From sweat-soaked clubs to mountain festivals, the five-piece has shown a tenacity for quick-picking and all the right polish without sacrificing the raw feeling of well-executed bluegrass. Keeping an eye on traditions of the past but boldly forging into new territory, Trout Steak takes us back to memories of whiskey, laughter, and the misty high country where the band was born.