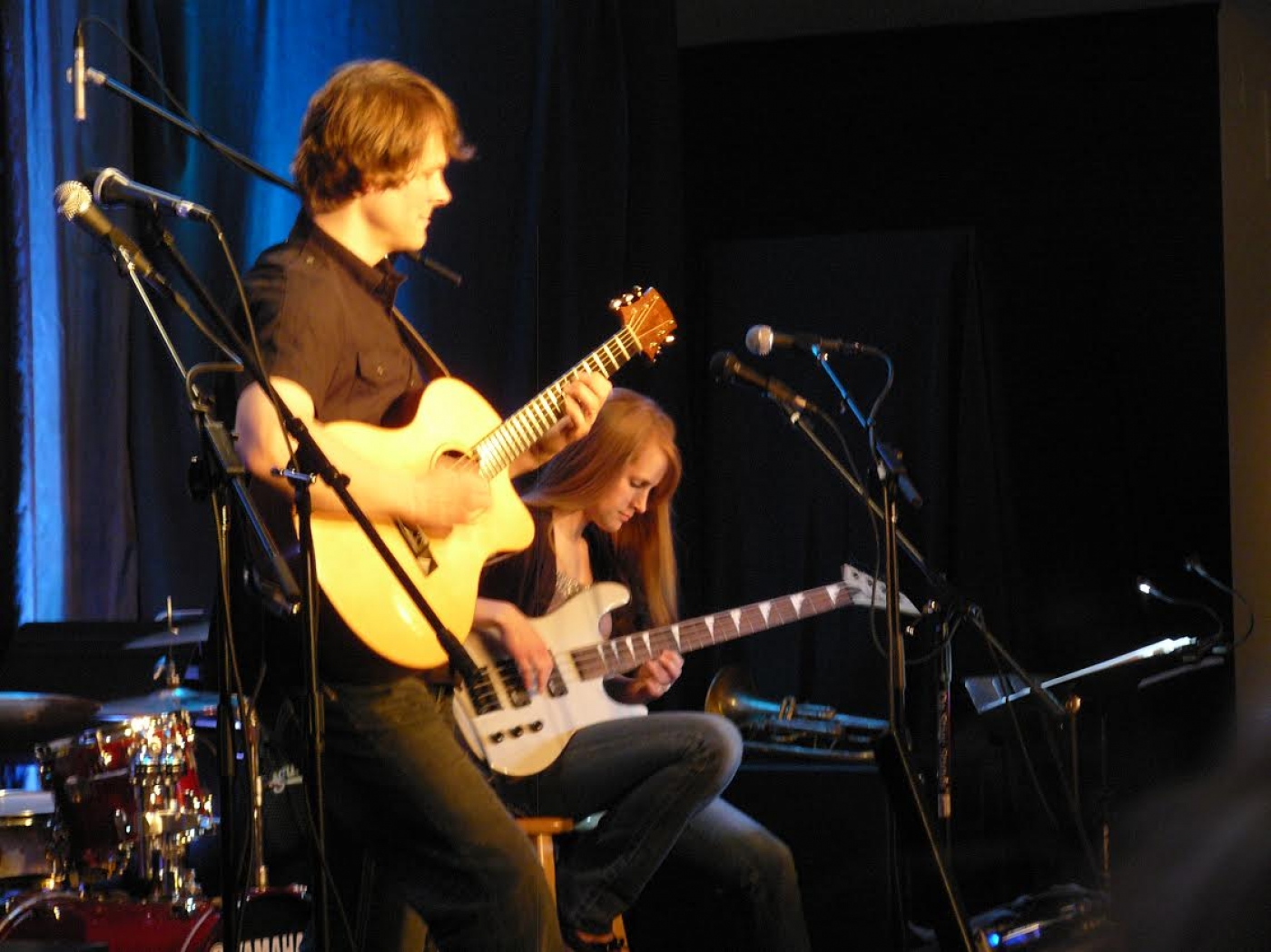 Wake up to a beautiful Sunday at the Ogden Music Festival with Austin & Kassie Weyand. Austin Weyand is passionate about music and is sought after as a performer, composer, arranger, and educator of Fingerstyle guitar. He has run the gamut of performing situations from playing guitar concertos with symphony orchestras, jazz jam sessions in Chicago, bluegrass and Celtic music on a tour through Europe, a pop/rock band throughout the inter-mountain west, to Spanish Flamenco for an 8 week run of the U.S. Premiere of Zorro the Musical. He has recorded 2 solo albums and is the 2014 State of Wyoming and 2012 State of Utah Fingerstyle Guitar Champion.

With Austin’s wife Kassie on bass and vocals, together they create a truly diverse and awe-inspiring experience with stellar arrangements and compositions that fascinate audiences wherever they perform. Kassie has broad experiences in music and theatre, is an excellent pianist and keeps Austin on track in their duo performances. With her sly grins as gentle hints Austin remembers to lock into her bass grooves a little tighter. They have a blast performing together.

Published in 2015 Ogden Music Festival
Tagged under
back to top