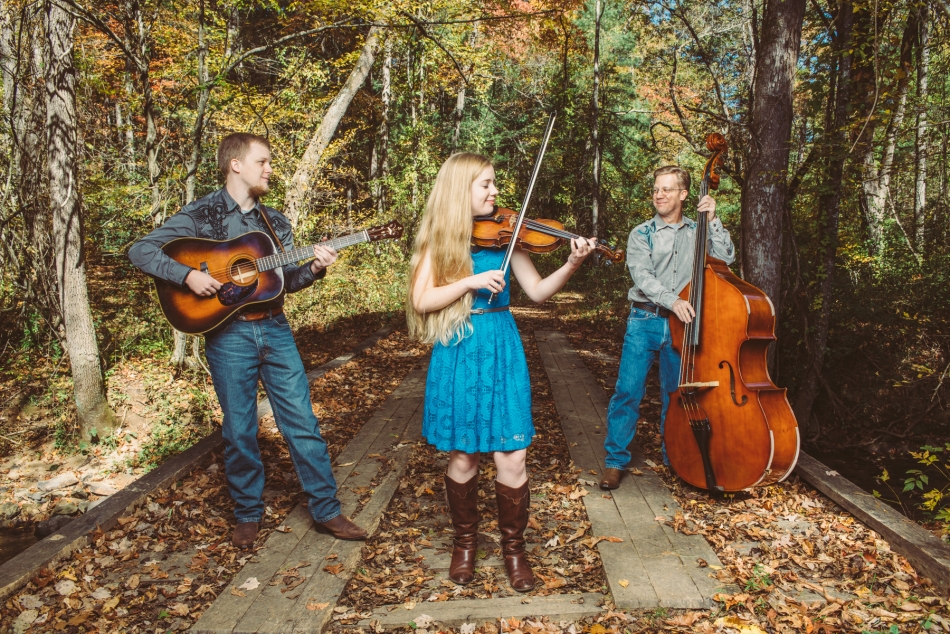 Featured in the youth-produced, directed and edited documentary "Generation Bluegrass" (2012), OFOAM is thrilled to present the Snyder Family Band on the Ogden Music Festival stage!

Releasing their first album with the Mountain Home Music label in March this year, the Snyder Family Band hails from Lexington, NC, and features 16 year old Samantha on fiddle and 19 year old Zeb on guitar. They are joined by their father Bud on upright bass. Their mother Laine often joins them on stage to sing three part harmony. Nine year old Owen makes occasional stage appearances singing and entertaining the crowd.

Beginning in classical violin lessons at age three, Samantha, now sixteen, is an award-winning fiddler as well as a top-notch singer and songwriter. She was selected as fiddler and lead vocalist for the 2013 Youth All-Star Bluegrass Band that performed at the 2013 IBMA World of Bluegrass Awards Show held in Raleigh, NC. Her songwriting and creativity are a big part of the Snyder Family Band sound. She occasionally plays guitar and mandolin during a performance as well. Whether fiddling or singing, Samantha creates a warm and energetic feel on stage that demonstrates her true enjoyment for the music.

Supporting these gifted young musicians, their dad, Bud, holds down a rock solid upright bass rhythm. His ability to adapt to the multiple genres that influence the band is a key ingredient of the trio’s signature sound.