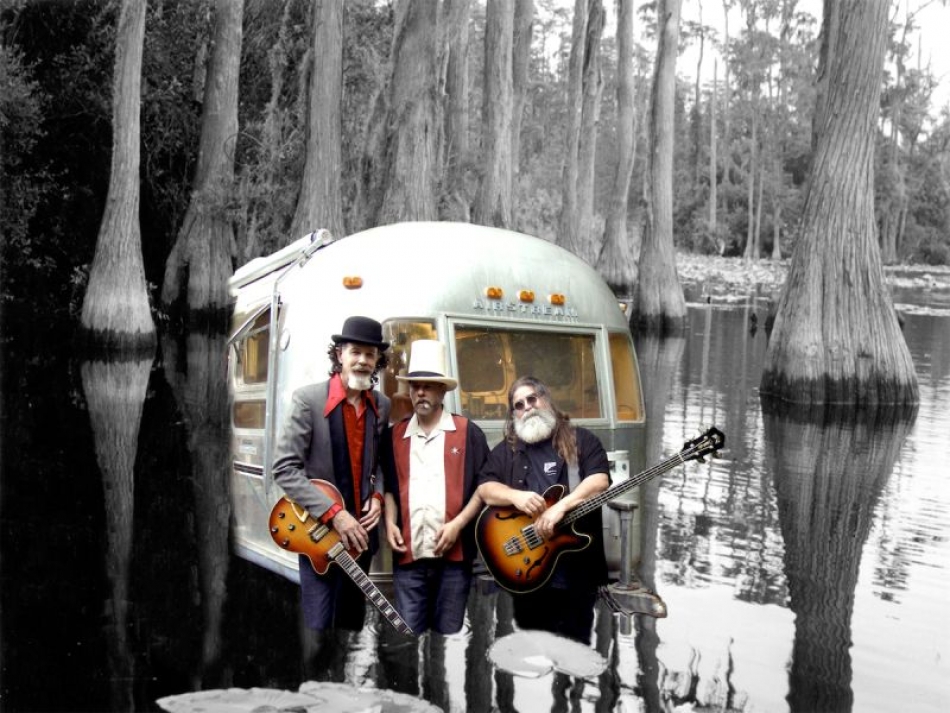 Walter's electric guitar style is a mélange of Scott Joplin's ragtime and Jerry Reed's bayou pickin. Jim DeVito's bass barks like a tuba through a fuzz box and Jagoda drums like he's leadin' a New Orleans funeral parade. The group has recorded three CDs – the self released debut "Honk" in 2006, "Squeal" released in 2008 on the ZOHO Roots label and live endeavor recorded in New York entitled "Live On The In Tune" in 2010, and in 2012, "Drum Roll Please",re-envisioned, re-imagined and re-swamped 70s classics, presented in a way that only the raspy singin’ combo of fatback blues and trailer park funk can dish out.